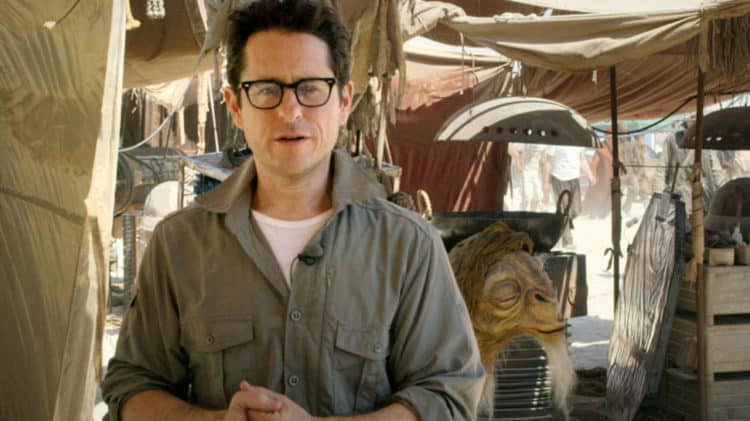 I will confess that I am a fan of J.J. Abrams. That’s a hard thing to confess these days, and the reason lies in only two words: Star Wars. A few years ago, J.J. Abrams was given a responsibility greater than any director could possibly fathom. Star Wars is the most popular franchise ever and before he came along, the last Star Wars film was seen in 2005. George Lucas himself intended for the series to end with Anakin Skywalker’s story, but frankly, Star Wars is too big of a franchise to just stop at Revenge of the Sith. That’s why when it was announced that J.J. Abrams was going to carry the mantle of the next Star Wars movies, fans were beyond astounded. The anticipation was astronomical and the fear was just as high. We were all excited, but we were more nervous than anything.

Would Abrams do the hit franchise justice? When his first movie, The Force Awakens, was released back in 2015, the results were seriously satisfying. The movie made money, but more importantly, fans and critics enjoyed it immensely. The biggest criticism it faced was that it brought us back to some obvious familiarity, especially with that of A New Hope. Many fans complained that it lacked some originality and relied too much on nostalgia. However, I’m here to argue that wasn’t a bad thing and actually made the movie great. I won’t ramble on about it, but the first Star Wars movie that was released in theaters, it made cinematic history. The thing about history is that it has a tendency to repeat itself. It did exactly that in 2015 and it was history worth revisiting.

What happened after that was a downward slope that ran deeper with each movie. Rian Johnson took over for Abrams for The Last Jedi, and that movie created a rift between Star Wars fans bigger than ever. Critics dug it, but the Star Wars fanbase turned very toxic after The Last Jedi. The hopes of fans only hanged by a thread when the final film was announced, but at least we had Abrams returning. Well, as it turned out, the hopes of many fans (including mine) were crushed like a bowl of grapes. Abrams’ last film, The Rise of Skywalker, failed to impress many critics and failed to quell the anger of even more fans. Many fans even called it the worst Star Wars movie. Ouch. That’s harsh.

The direction of Abrams was a heavy source of criticism, as it was painfully obvious that he was more concerned with damage control, instead of telling a fulfilling conclusion. It made the whole trilogy look like there was no real road map to guide it and as a result, the final chapter was a dud. Abrams has been getting a lot of hate for his failure to end the trilogy on a good note, but to be frank, he doesn’t deserve it. Yes, he made some mistakes along the way, but he’s still a great director. He laid a great foundation for the new trilogy and his bold direction made it happen. If you’re a Star Wars fan and upset with Abrams, take a minute and hear me out.

One of the biggest criticisms he has faced with his direction is his lack of fluidity. Some fans claimed that his movies ignored significant events of the original films. In some cases, this is true (Darth Sidious), but Abrams had a reason for this. The Force Awakens kicked things off right off the bat by putting us in the middle of the action. The First Order already existed and was incredibly powerful, having Kylo Ren and Snoke as their leaders. They were already at war with the Resistance and the original big three were all in separate places. But wait, what about that major victory they secured in Return of the Jedi? They defeated the Empire and destroyed Palpatine (kinda) and Darth Vader. So where did the First Order come from? Why didn’t Abrams explain this in great detail? The truth is, he didn’t have to.

As I said earlier, Abrams was often accused of relying too much on nostalgia. The truth is, he did exploit it, but he did it the right way. One of the ways he did this was by following the very storytelling methods that George Lucas himself followed. I remember watching an interview he had on Moviefone with Hayden Christensen, where he explained how he never liked starting a tale from the very beginning. Lucas preferred to begin his stories in the very middle of the action and this showed in his most popular movies. Go back to Raiders of the Lost Ark, a concept he created, and you’ll see the iconic Indiana Jones already in the middle of his crazy adventures. Lucas didn’t want to devote a lot of time explaining every detail behind Indy’s backstory. It was a unique kind of storytelling and that’s why it worked.

Just go back to the original Star Wars films and you’ll see exactly that. When A New Hope began, we were brought right into the middle of the action, with the Empire in pursuit of Princess Leia. A lot was happening and we had little backstories explained. Well, it didn’t matter, because Lucas proved a director didn’t have to start every story at the beginning to be interesting. He continued this storytelling method in the sequel, The Empire Strikes Back. The Empire suffered a devastating defeat, but by the time Empire began, three years passed. Lucas didn’t waste time explaining how they regrouped and reconsolidated their strength. He just showed them bouncing back and really striking back against the Rebellion.

This is the exact kind of storytelling Abrams used when he began The Force Awakens. Many fans called it relying on nostalgia, but the truth is he was following a method that works. Much like Lucas, Abrams threw us in the middle of the action without giving us too much details on what happened beforehand. His last film unfortunately didn’t execute that style so well, but The Force Awakens played it perfectly. I think it’s only fair that we fans should cut J.J. Abrams some slack. Like or dislike his Star Wars films, he revitalized that storytelling method that Star Wars thrives on.