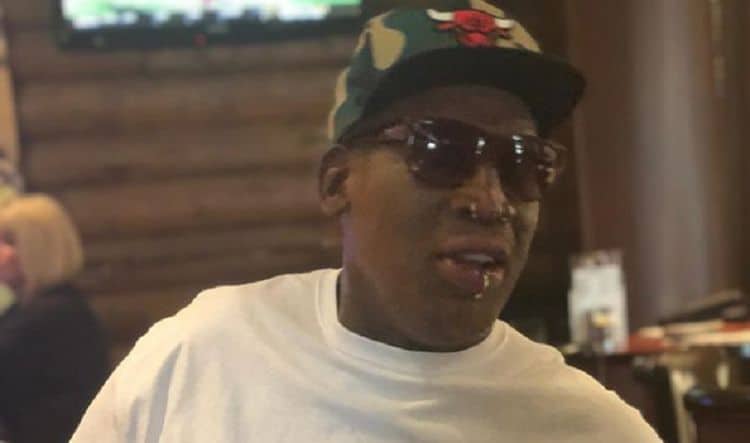 Basketball fans, especially those who grew up in the 90s, will remember Rodman as much for his skills on the court as his antics off of it. As a member of the Chicago Bulls from 1995 to 1998, Rodman won three championships with the team. Rodman became known for his tough and scrappy style of play. He was often willing to do the dirty work that allowed his teammates to shine. During this time, he also attracted a lot of attention in his private life for his animated personality, but is there more to Dennis Rodman than he’s shown the public over the years?Â  Keep reading for 10 things you didn’t know about Dennis Rodman.

1. He Worked As A Janitor

Like many other things about him, Dennis Rodman’s journey to becoming a professional basketball player was a bit unorthodox. at 19-years-old was a janitor at the Dallas-Fortworth Airport. At that time, he probably never thought he’d go on to become a championship winning NBA star.

Dennis Rodman made millions of dollars throughout his basketball career, but he came from very humble beginnings. When he was a teenager, his mom kicked him out of the house and he was homeless for about six months.

3. He Was A Champion Before Joining The Bulls

Rodman is best-known for his time with the Chicago Bulls, but he had a successful career before joining the team. He was a member f the Detroit Pistons from 1986 to 1993. During that time, he became one of the Bulls’ biggest rivals. He also won two championships: one in 1989 and another in 1990.

4. He Was A Fashion Icon

These days, it’s fairly common for NBA players to be eccentric when it comes to their style choices. However, in the 1990s things were a bit different. Dennis Rodman got a lot of attention for attention for his unique clothing and hair choices. Rodman even dressed in drag on occasion. He eventually became known for his outrageous style. At the time, Rodman was considered a bit of a character. However, in more recent years, many of his old outfits have become legendary.

5. He Was Once More Famous Than Michael Jordan

6. Getting Drafted To The Pistons Saved His Career

When Rodman was drafted to the Pistons after college, many people didn’t know what to expect. However, Rodman quickly found his place on the team and began to make an impact. Rodman believes that if he hadn’t been drafted to the Pistons, he wouldn’t have stayed in the NBA for long. He says the team provided him with the love and support he needed to be successful.

Dennis Rodman has been very open about his feelings towards Donald Trump. In an interview with Sports Illustrated, he said “I like Donald Trump.” However, he added that he likes Trump as a person and not as president. Rodman continued, “Donald Trump makes me laugh. He tries to be this holier than thou guy, and I kid him about that every time I see him, I don’t look at him like the president, I look at him like a friend. He can carry a torch with me anytime, someone who I can sit down, chit chat, and have a beer with.”

8. His Son Is A Basketball Player

Apparently basketball talent runs in the Rodman gene pool. Dennis’ son, DJ, is also a basketball player who currently plays at Washington State University. According to his stats page, he averaged 1.7 points in his most recent season.

Dennis Rodman has never been directly involved in politics, but he does have an indirect connection. Over the years, he has developed a friendship with North Korean dictator, Kim Jon Ung. Rodman says that Kim Jon Ung is much different than he is portrayed by the media. He also hopes that through this relationship, he can help create some peace between the United States and North Korea.

10. Madonna Encouraged Him To Be Himself

In 1994, Dennis Rodman and Madonna dated. Although their relationship was brief, Madonna encouraged Rodman to be himself and create his own image. This encouragement allowed Rodman to feel free to truly express himself the way he wanted to.