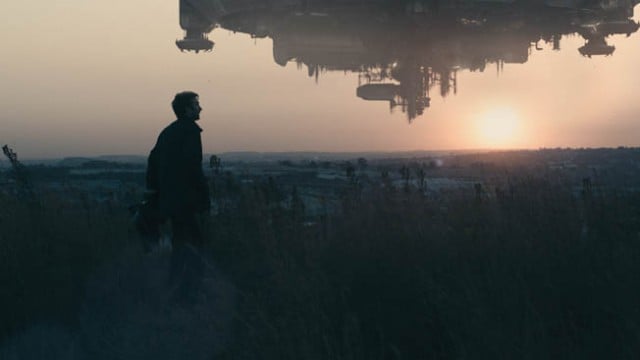 I feel like a critic who has finally crawled out of a long desert and found a water-filled oasis to replenish himself. Sure, in this particular case the oasis is filled with bugs, trash and automatic weapons fire, but without a doubt, District 9 is, to this day, one of the most refreshing alien/sci-fi films in the past 15-20 years.

There are so many remakes, re-imaginings, re-visionings and revisitings crawling to life these days on film, it’s damn near impossible to any find fresh ideas. And in the sci-fi genre? Please. It’s nearly the worst offender of all, with nearly all its ideas pilfered from books, comics, video games and TV shows.

That’s why District 9 is such an improbable and welcome endeavor. Peter Jackson and Neill Blomkamp were initially collaborating on a Halo film adaptation, and as good as that may have been, it was still based on a video game, and when that project died, fortunately for all of us, District 9 was born.

To describe the film as “something meets something” as reviewers tend to do is borderline impossible in this case. If you put a gun to my head I’d say “Independence Day meets City of God,” but to the average person that sounds like nonsense.

But the alien ghetto created in District 9 is nothing short of a brilliant original thought, as instead of being treated with awe and wonderment, the visiting aliens are hailed as pests an sub-human lifeforms, referred to derogatorily as “prawns” for obvious reasons. The film follows one of the human overlords, Wikus van de Merwe, who is put in charge of a “relocation project” to move the aliens from their slum, where they’ve lived for twenty years, to an even smaller camp a few hundred kilometers away. “Relocation” involves serving the prawn eviction notices while confiscating weapons caches and burning nurseries along the way. Don’t want that alien population getting out of control! 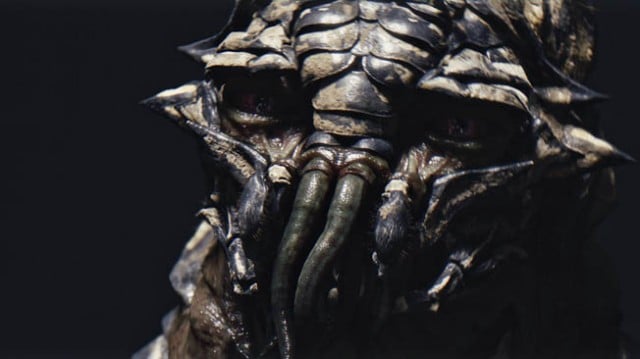 Sympathy? For this? Yep.

Things go awry when Wikus is exposed to a mysterious substance crafted by an prawn scientist. Soon the toxin sparks a profound change in Wikus, and suddenly he becomes the sought after man on earth, as evil corporation MNU tries to siphon his newly changing DNA for their own purposes. His only hope for survival is hiding out in D9, where he starts to identify with the prawns more than he ever thought he could.

The film crafts Wikus as a someone who undergoes a true transformation, not just physically, but emotionally as well. He starts off like all the other humans, thinking the prawns are nothing but a problem to be solved, but by the end he better understands their plight and is seen as a betrayer to his race in order to help them.

His ally is the prawn scientist named Christopher, who despite being completely rendered in CGI (how was this movie’s budget only $30M again?) is the most relatable character in the film. It’s easy in most sci-fi films to create aliens that are either goofy (see Star Wars cantina aliens) or terrifying (see Alien‘s aliens), but one that is a sympathetic lead character? That takes true storytelling talent.

The action in District 9 is fast and furious, actually more so than you’d expect and the displays of alien weaponry are some of the coolest every captured on film. The movie is shot “documentary style” with shaky cam, but it doesn’t follow the rules as rigidly as say Cloverfield or Blair Witch. It is actually a bit confusing as the film starts off with an actual cameraman as an additional character in the film, but as the movie progresses he’s left in the dust, yet the film is still shot in the same hand-held way. 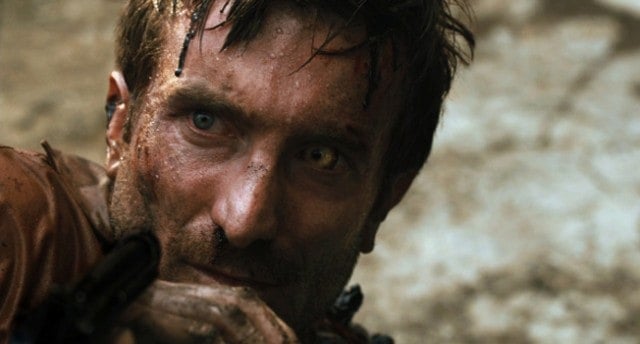 “What, is something wrong with my eye?”

There are other problems that plague District 9, as close as it is to sci-fi perfection. The reactions of both the humans and aliens seem entirely out of sorts with reality (would we really get sick of aliens after 20 years? The aliens sell their vastly superior weapons for food when they could just use them to take it by force?), but these schools of thought are indeed necessary in order to move the plot forward.

The film also feels like its pushing much too hard for a sequel, even more so than this years other sci-fi hit, Star Trek. Characters are literally screaming at each other “I’ll see you in three years!” at the end, and it feels a little heavy-handed.

But speaking of heavy-handed, the bludgeoning of comparisons of apartheid is just too much. Sure, we understand how similar this situation is to the actual apartheid that happened in South Africa, but did the movie really have to be set in the exact same place? I guess lightning does strike twice sometimes. But that being said, the landfill the film is shot in and the interaction with the African locals makes the movie feel like the most authentic blending of science fiction and plausible reality in a very long time, perhaps even in the history of the genre.

District 9 is undeniably brilliant, but even more importantly, it’s original. And it’s not very often you can say both of those things about a movie these days. It’s a fresh look at a genre that was supposed to be out of fresh looks, and even though no one thought this would be a franchise to remember (or even a franchise period for that matter) that is not the case now. District 9 is here to stay, as is its director Neill Blomkamp. Here’s to hoping we see District 10 from him in the not-too-distant future. 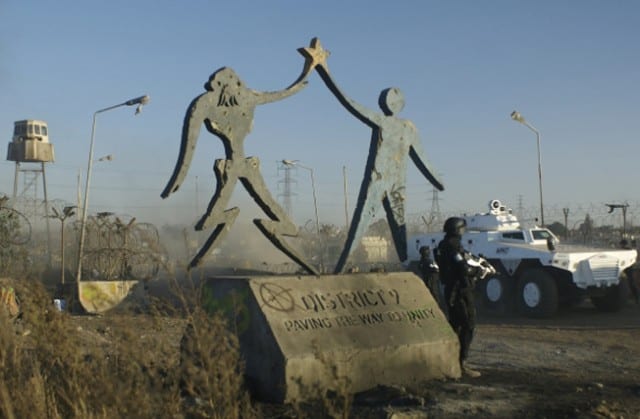