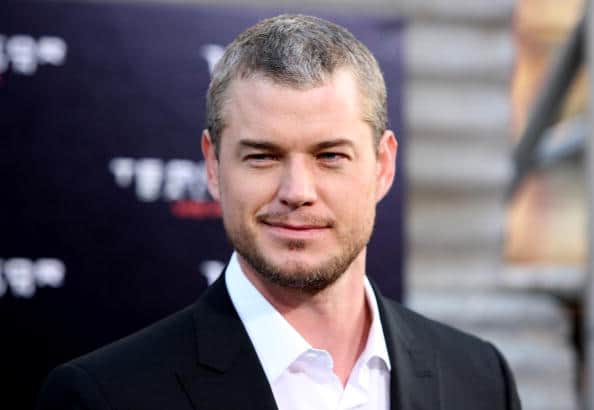 Grey’s AnatomyÂ fans have been in an uproar over the last week.Â  If you have the internet, you probably know why. I am assuming if you are reading this article, you are a Grey’s Anatomy fan so you found out about this tragic news the day the episode was broadcast on April 23.Â  Shonda Rhimes the producer for Grey’s Anatomy,Â Scandal, and How to Get Away with Murder decided to kill off Dr. Derek Shepherd AKA Dr. McDreamy played by Patrick Dempsey.Â  Fans were shocked when the neurosurgeon died at the hands of unskilled surgeons at a neighboring hospital in Seattle after rescuing four car accident victims earlier in the day. This is not the first time that Rhimes had decided to kill off major characters on her medical drama. Â Over the course of 11 seasons, death has run rampant at Seattle Grace turned Grey Sloan Memorial Hospital.Â  At times, it appears the mortality rate for the doctors is higher than that of the patients.Â  Here is a look back at the deaths of doctors on Grey’s Anatomy.

Fans of the 1994 family film Andre were ecstatic to see its lead human actor still acting on television in her adulthood.Â  Tina Majorino joined the cast of Grey’s AnatomyÂ as Heather Brooks, one of the new group of interns to work at Grey Sloan Memorial Hospital. From the beginning, it looked like her future would be bright at the hospital as she was chosen to be Derek’s intern and was well liked by Meredith. Things got really “bright” for Heather when she was electrocuted to death on the very first episode of the tenth season of Grey’s Anatomy. One of the other interns sent her to go find Dr. Webber who had also been electrocuted, but survived. Derek tried to revive Heather, but it was no use.Â  Majorino moved on and is currently starring on the crime drama Legends. The second season airs later this year.

The season finales on Grey’s Anatomy leave fans on the edge of their seats and unable to wait until the new season begins in the fall. The eighth season finale of the drama was not any different.Â  Lexie along with Derek, Meredith, Cristina, Mark, and Arizona were on an airplane that crashed in the wilderness.Â  Meredith comes across her long lost half-sister trapped among the debris and stays with her until she passes away.Â  Lexie was a fan favorite and her exit from the series after five seasons saddened many viewers. It was just recently announced that Leigh would appear on the new TV series Supergirl as Alex Danvers. Unfortunately, the plane crash that took Lexie’s life would cause the death of another beloved character…

Mark Sloan also witnessed the death of Lexie Grey and before she passed away, he exclaimed that they were meant to be together. Flash forward to the ninth season premiere. Mark is still alive but slips into a coma.Â  He had been through a lot during his five and a half seasons on Grey’s Anatomy. He got punched in the face by Derek for sleeping with Addison, he had a tryst with Callie that ended in the birth of their daughter Sofia, but once he lost Lexie he did not have the will to live. By the end of the first episode of season 9, Mark Sloan dies peacefully in his sleep.Â  His death takes its tool on the doctors involved in the plane crash as most are still suffering from PTSD. Since his departure from Grey’s Anatomy, Dane has found a new television series. The drama The Last Ship will start airing season 2 episodes in June.

George O’Malley was one of the five original interns on Grey’s Anatomy. He was deeply in love with Meredith, who had eyes for Dr. McDreamy instead.Â  George did find love briefly with Callie and then for a very awkward few episodes with Izzie. He even had Lexie pining over him at one point.Â  After a very public outing by co-work Isiah Washington and a dwindling storyline, T.R. Knight decided to vacate the series at the conclusion of season 5.Â  It appeared to fans that Katherine Heigl’s character would be the one facing her demise, but alas George would die in a heroic rescue of saving a woman from getting hit by a bus.Â  T.R. Knight has appeared on multiple episodes of The Good Wife and is attached to the Amazon series Hysteria, which includes Mena Suvari and James McDaniel in its cast.

Charles Percy and Reed Adamson, along with Jackson and April, were doctors that were acquired from the acquisition of Mercy West hospital during Grey’s Anatomy Season 6.Â Both of these doctors bit the dust during the gut-wrenching sixth season finale that saw a shooter on the loose of Seattle Grace Hospital.Â  Reed was oblivious to the shooter and was filling out something on her clipboard and gave Gary Clark some attitude. She looked up at him just as he shot her right in the head. She was discovered by April as she tripped of her lifeless body. Charles was hiding in a patient’s bathroom and was shot when he told Mr. Clark that he in fact was a doctor.Â  Miranda saved herself by lying and claiming to be a nurse.Â  Miranda, along with the patient played by Mandy Moore, tries to get Charles out of the hospital to save his life.Â  They were able to drag his body to the elevator, which had been turned off so the shooter would not be able to use it. Charles dies in Bailey’s lap asking that she tell Reed he loved her, not knowing she had passed away earlier. Â Robert Baker recently appeared on an episode of Scandal and will appear in the TV Mini-Series Texas Rising. Nora Zehetner has been featured on Mad Men, Grimm, and Warehouse 13.

Which Grey’s Anatomy doctor’s death was the most tragic? Let us know in the comments section below.