Home
Movies
Dr. Seuss’s Widow’s Reaction to the 2003 Cat in the Hat Movie 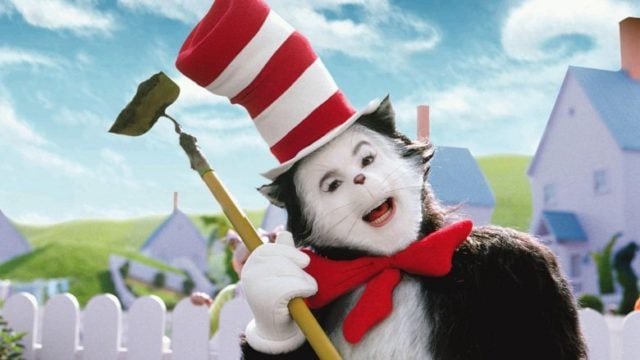 Dr. Seuss is still a household name in the United States and a number of other countries. However, most people are familiar with his pen name rather than his personal name, which was Theodore Seuss Geisel. Over the course of his life, Dr. Seuss was married to two women, with the first being Helen Palmer Geisel and the second being Audrey Stone Geisel. When he was approaching the end of his life, he told his second wife that he had lived a wonderful life before entrusting the custodianship of his works to her. As a result, Audrey Stone Geisel remains the person at the head of the enterprise that has sprung up around Dr. Seuss’s works, meaning that she has had considerable influence over the adaptations made out of her husband’s stories.

How Did Audrey Stone Geisel React to Cat in the Hat Movie?

With that said, it is important to note that considerable influence is far from being the same as absolute control. For proof, look no further than the fact that Geisel was unable to prevent Mike Myers from being chosen by Universal Pictures to play the titular character in The Cat in the Hat, which was not a casting that she agreed with because she did not like the actor’s character from the Austin Powers movies. As it turned out, her thoughts on the matter seemed to have been confirmed, seeing as how The Cat in the Hat was an absolute disaster of a movie. Something that must have had that much more of an impact on Geisel because the character was and continues to serve as the single most recognizable symbol of her husband’s works.

As a result, it is no wonder that Geisel has since forbidden live-action adaptations of Dr. Seuss’s stories, meaning that there will be no more movies like How the Grinch Stole Christmas and The Cat in the Hat. However, Geisel has approved animated projects, with an excellent example being The Lorax, which was a 3D computer-animated adaptation that came out in 2012.

Besides her role in overseeing her husband’s works, Geisel has engaged in a lot of philanthropic pursuits as well. For example, she donated $3 million to the University of California, San Diego in 2015. Said donation was meant to provide the Geisel Library with repairs and renovations, which were necessary because it had become too dated after more than 40 years of existence. Overall, the donation was spent to provide it with a new lobby, a new cafe, and new technology that could be used for research purposes, thus enabling it to continue providing the university’s students with the necessary services. For that matter, it is interesting to note that the library was named after Theodore and Audrey Geisel in 1995 after she had made a $20 million, meaning that this particular donation is part of a pattern of such activities. Regardless, while Geisel is now in her 90s, she remains the person in charge of taking care of Dr. Seuss’s works, meaning that she continues to be someone of enormous influence.