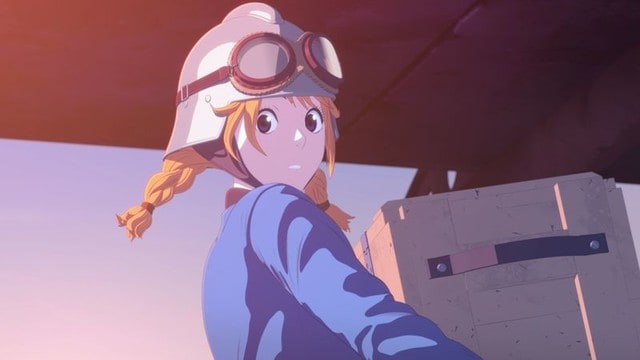 Drifting Dragons is a manga that started up in 2016 and has been running since that time. It has been reported that it will be receiving an animated adaptation that will start up in January of 2020, which should come as welcome news for those who have been charmed by this very odd but nonetheless very interesting series. Here are 10 things that you may or may not have known about Drifting Dragons:

Perhaps unsurprisingly, there are dragons in a manga called Drifting Dragons. Moreover, it should be mentioned that while these dragons are not main characters, there can be no doubt about the fact that they are a shared subject of interest for the main characters.

2. The Dragons Are Just As Varied As “Real Life” Dragons

It is interesting to note that the dragons in Drifting Dragons are very varied in nature. In this, they resemble the “real life” dragons of folklore, legend, and mythology. After all, while we have been conditioned to think of dragons as being either four-limbed or six-limbed creatures that breathe fire, the term dragon can encompass a much, much wider range of monsters. To get an idea of just how wide-ranging “real life” dragons can be, it should be mentioned that the Greek Scylla is sometimes classified as a drakaina, which just means a female serpent or a female dragon that may or may not have human elements as well.

3. Some Have Used the Term “Lovecraftian” to Describe the Dragons

Some people have described the dragons in Drifting Dragons to be “Lovecraftian” in appearance. Of course, this would be a reference to H.P. Lovecraft, who has had a lot of influence on speculative fiction because of his horror stories. In particular, people might be familiar with him through Cthulhu and the Deep Ones, which were very much inspired by Lovecraft’s xenophobia as well as his loathing of anything aquatic.

With that said, it isn’t hard to see why some people call the dragons in Drifting Dragons “Lovecraftian.” In short, some of them seem to be based on the weirder forms of life that can be found in the sea. As such, the dragons can be quite wonderful in appearance, though some of them are, well, much less pleasant. Suffice to say that a mouth that opens four ways makes for a pretty memorable sight for people both in and out of the narrative.

5. It Is Focused on Draking

On the whole, Drifting Dragons is focused on what it calls “draking.” Essentially, the manga is centered on a group of people who hunt dragons for their meat as well as other useful substances while traveling on a ship that soars through the skies. As a result, it is no wonder that the manga makes so much use of oceanic inspirations, seeing as how the closest analog in the real world would be whaling.

Speaking of which, there are some people who have described Drifting Dragons as having a dieselpunk look, which can be summed up as the diesel-fueled tech from the interwar period to the 1950s mixed up with a sense of retrofuturism. With that said, the label of dieselpunk is very much meant for the look of the work rather than the attitude that runs through it.

There isn’t much of an overarching narrative to Drifting Dragons. Instead, it is more of a slice of life work save that it is set on an airship stuffed full of people who hunt huge, flying monsters for a living.

As stated earlier, the dragons are made up of a lot of useful materials. However, one of the most important is food, so it should come as no surprise to learn that Drifting Dragons puts a fair amount of focus on how dragon meat can be turned into delicious meals.

9. To Be Adapted By Polygon Pictures

It has been revealed that Drifting Dragons will be adapted by Polygon Pictures, which specializes in 3DCG animation. Said studio has worked on everything from Ajin and Knights of Sidonia to western works such as Star Wars Resistance.

10. To Be Streamed On Netflix

The animated adaptation of Drifting Dragons will be streamed on Netflix. Moreover, it is expected to be a Netflix exclusive.