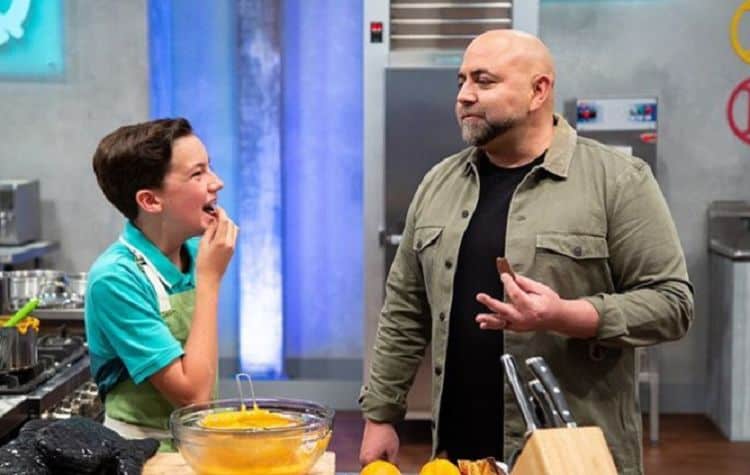 Duff Goldman has taken cakes and made them news. Over the past decade, he’s made some of the weirdest, wildest, and biggest cakes you can imagine… and probably a lot you can’t. A famous face thanks to his many appearances on the likes of the Food Network Challenge, Iron Chef America, Oprah, Man v. Food, and Buddy vs. Duff, he might not have changed the way we eat, but he’s certainly changed the way we bake. Find out more with these ten fast facts.

1. The Weird and the Wonderful

You name it, Goldman bakes it. After starting his career as a seller of fairly typical, bog-standard cakes, Goldman began to receive more and more requests for bakes of the more unusual variety. Sensing a gap in the market, he took on more employees to meet the demand: soon, his business, Charm City Cakes, was the go-to destination for anyone wanting something a little different to the norm. Over the years, some of the wildest and wackiest cakes to come out of Goldman’s oven include a 3-foot buttercream sculpture of Elvis, a 3-D German Shepherd, a sugared replica of a CAT scan machine, a smoking volcano, and an edible human ear.

At 45 years old, Goldman is one seriously rich individual. With multiple TV series and even a Guinness World Record to his name, he’s made the art of making cakes pay, and pay big. According to the latest estimates from Celebrity Net Worth, the star is sat on the worth of a cool $5 million.

If you thought you’d seen big cakes before, trust us when we say you’ve never seen a cake as big as some of the ones Goldman has made. On March 30, 2008, Goldman made the Guinness Book of World Records after making the world’s heftiest cupcake. The sugary beast weighed in at a whopping 61.4 pounds (27.9 kg), measured over a foot tall, and was most definitely off-limits to anyone on a diet: as well as three ounces (85g) of food coloring, a whopping 16 pounds (7.2 kg) of butter and 10 pounds (4.5 kg) of sugar went into its construction. Despite raising $10,000 for the Great American Bake Sale, Goldman was eventually stripped of his record when Guinness decided that making the cake in two halves, as he’d done, was not strictly kosher.

As a practicing Jew, Goldman is heavily involved in Tzedakah, an ethical obligation to perform acts of generosity and goodwill. “Tzedakah is very important to me,’ he’s stated. “I’ve been so fortunate with everything that has happened to me, it would be a crime not to give back.”

Baking and bikes may sound a strange combination, but for Goldman, it’s a marriage made in heaven. The master baker loves nothing more than jumping on the back of a Harley and riding off into the sunset… despite the fact he’s already lost several body parts to his passion. In 2012, Goldman was involved in a terrifying crash that resulted in him losing several toes. For a while, he stuck to the safety of trucks. But you can’t keep a good baker down, and within 8 months, he was back in leathers. “I love motorcycles,” “ he told US. “They are part of my soul. Even though I got in a wreck a little while ago and lost some toes – I had to promise my parents and everybody that I’d stop riding – but I can’t.” Describing the moment he got back in the saddle after the accident, he said, “I felt like a little baby bird that learned how to fly. I just took off, I was so excited.”

Goldman doesn’t just make cakes, he grants wishes… lots and lots of wishes. The charitable baker has been working with the Make-A-Wish foundation for several years now, and clearly gets almost as much out of the experience as the kids. “It’s amazing when you’re working with these kids,” he told US. “They come into the bakery and they’ve got tubes sticking out of them. They’re dragging around oxygen. The left side of their body doesn’t work, and they don’t care. They just want to make cakes. They could have picked anything in the world to do, and they chose to come and decorate a cake with me. Every time, still, it’s surprising. I’m like, ‘Wow. I can’t believe that these kids want to do this.’ So, it’s really fun.”

On January 21, 2019, Goldman married Johnna Colbry. The manner in which he popped the question was… unusual. Rather than going for the traditional diamond ring, Goldman decided on a piece of twine instead. “I’m sorry I didn’t have a real ring,” Goldman wrote on Instagram afterward. “I hope you don’t mind butcher’s twine, I am a chef, after all.” Judging from how quickly she said yes, we’re guessing she didn’t.

Goldman doesn’t limit his activities to just the kitchen. A massive music lover, the chef has played bass guitar with numerous bands over the years, including the p’ansori band Messgram, and Foigrock. If he could choose any band to play with, it would be the rock group, Clutch.

9. Baker to the Stars

Name a celeb, and there’s a very good chance Goldman has baked for them. Over the years, Goldman has made cakes for a slew of big names, including Tom Clancy, the casts of Lost and 30 Rock, and James Bond himself, Sir Roger Moore. His creations have also featured in the music video for Katy Perry’s track, “Birthday”, and at President Obama’s second inaugural ball in 2013.