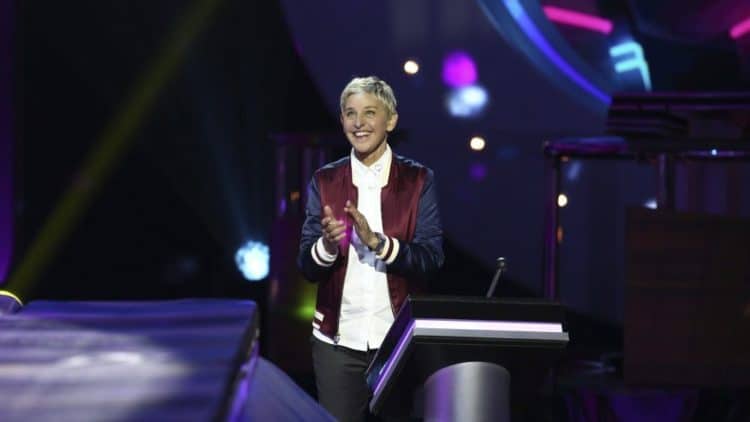 Ellen’s Game of Games premiered on NBC on January 2, 2018. A preview episode aired on December 18, 2017 to get fans excited. The prime time hourlong game show was an instant success. It was picked up for eight episodes. Instantly popular, Ellen’s Game of Games was renewed by NBC for a second season. The second season aired a preview show in December 2018 and premiered the regular season January 8, 2019. It is scheduled to air 13 episodes.

Ellen created Ellen’s Game of Games, writes for the show, and stars as its host. Her sidekick on the show and the show’s announcer is the funny Stephen “tWitch” Boss. The show is written by Ellen, Jason Gelles and Gil Rief. Russel Newman is the director.

Contestants compete on Ellen’s Game of Games to win the grand prize of $100,000. Each episode features a mini tournament. Contestants compete with each other to win four preliminary games. These games are drawn from the games played on Ellen’s syndicated talk show. If a contestant wins a preliminary game, he or she advances to the next round. The winners go to the next round which is a semi-final round, “Know or Go”. The winners of the “Know or Go” round head to the last round “Hot Hands” to compete for the grand prize.

The first part of Ellen’s Game of Games consists of 4 preliminary games. The games are drawn from The Ellen DeGeneres Show. Winners proceed to the next game until there are 4 final contestants. These 4 winners go on to compete in the semi-final round which eliminates all but 1 contestant to go on to the final round and hopefully win the grand prize of $100,000.

There are more 12 games used in Ellen’s Game of Games’ preliminary round. Each game has a fun and quirky aspect. Contestants can get sprayed at in the face, become disoriented before answering a trivia question, pull down water filled umbrellas, hang from bungee cords, or get trapped in the jaws of a prop monster. Games include Master Blaster, Say Whaaaat?, Tuba Toothpaste, You Bet Your Wife, Don’t Leave Me Hanging, Dizzy Dash and more.

With the instant success of Ellen’s Game of Games in the United States of America, the game quickly became an international sensation. There are several international versions of the game show. There are currently versions in Germany, Spain and Australia.

9. How to become a contestant

Ellen’s Game of Games is always looking for contestants. The main criteria is that contestants be energetic, funny, daring, courageous and not afraid to embarrass yourself. Anyone can apply to become a contestant. Along with completing the online application contestant hopefuls should submit a video. The video should contain your name, age, occupation or school, what makes you unique, your favorite games and why you want to be a contestant. Contestant hopefuls should have fun with this.

Members of the studio audience for Ellen’s Game of Games must also apply. Applicants should go to Ellentube, select a date to attend and fill out an application. You’ll be notified by email if you are selected. Guests must be 14 years or older.