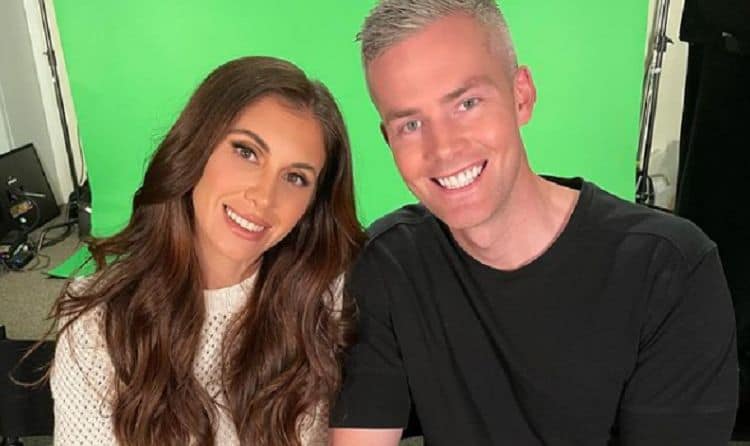 If you’re close to someone who spends a lot of time in the spotlight, there’s a good chance you’ll eventually find yourself there as well. That has been the case for Emilia Bechrakis Serhant whose husband, Ryan Serhant, is one of the stars of Bravo’s Million Dollar Listing New York. Ryan also has his own show on the network called Sell it Like Serhant. As a result, she has made frequent TV appearances. Although most people only know Emily for being Ryan’s wife, there is a lot more to her than people realize. She is an intelligent and accomplished woman with a lot of things to offer the world. Continue reading to find out 10 things you didn’t know about Emilia Bechrakis Serhant.

1. She’s Lived In Different Parts Of The World

Emilia was born in New York, but she began moving around at a young age. She spent some of her childhood in Greece (she has Greek ancestry) and some in Pennsylvania. As a teenager, she left Greece to attend college in England at the University of Kent. She eventually returned to the United States.

2. She Loves Giving Back To Others

Helping those in need is something that has always been important to Emilia and it’s something she’s made a priority to do. Throughout the years she has volunteered with several charity organizations including Save the Children, the Innocence Project, and City Harvest.

To say that Emilia is a woman of many talents would probably be an understatement. She has accomplished lots of very impressive things over the years including publishing a children’s book. In addition to writing, Emilia is also an avid reader. The book, To the Moon and Back for You, was released in 2020.

There are countless women all over the world who struggle to become pregnant, and Emelia knows this pain all too well. Emilia and Ryan have a daughter, but the process of getting pregnant was very long and emotional. According to Parents.com, Emilia said, “Infertility was the toughest thing my husband, Ryan, and I ever went through. But what we learned about each other through the process made our bond stronger and makes us better parents to our blessing, Zena.”

The legal field has always interested Emilia, and she studied law in both undergraduate and graduate school. Emilia told Bravo, “My career right now…I’m a former maritime attorney. I used to work for a shipping company, and that had nothing to do with what I do today.  stopped practicing maritime law a few years ago, and I got into the title insurance business, which not a lot of people know about. One day, I feel like I need to do a little video to explain what title insurance is, but it’s real estate-related.”

6. She Met Her Husband At A Charity Event

Love tends to find people in the places where they’d least expect it, and that’s exactly how things went down when Emilia and Ryan met. The two crossed paths at a Greek-Jewish charity event. At first, Emilia was a little skeptical about Ryan, but she eventually warmed up to him.

Emilia is all about looking and feeling her best, and her clothing is one of the things that helps her do that. She has a great eye for putting outfits together and she has the confidence and style to pull off just about anything. No matter what the occasion is, you can pet that Emilia is going to show up looking stunning.

8. She Doesn’t Have Any TV Experience Outside Of Her Husband’s Shows

The fact that Emilia is a natural in front of the camera may lead people to believe that Million Dollar Listing New York isn’t her only experience. In reality, however, she hasn’t done any TV appearances outside of what we’ve seen her do on Bravo, and it doesn’t appear that she has any interest.

Due to her lifestyle and her career, it can be easy to assume that she’s the prissy type. However, that isn’t the case at all. Emilia is the kind of person who loves living life to the fullest. She likes to get out and have new experiences and she isn’t afraid to go on fun adventures.

New York City is great for a lot of things, but it’s certainly not the best place to be in terms of warm weather. As someone who likes to spend a lot of time at the beach, Emilia has learned to take full advantage of the warm months so she can spend time at the beach. She also loves traveling and relaxing on beaches all over the world.