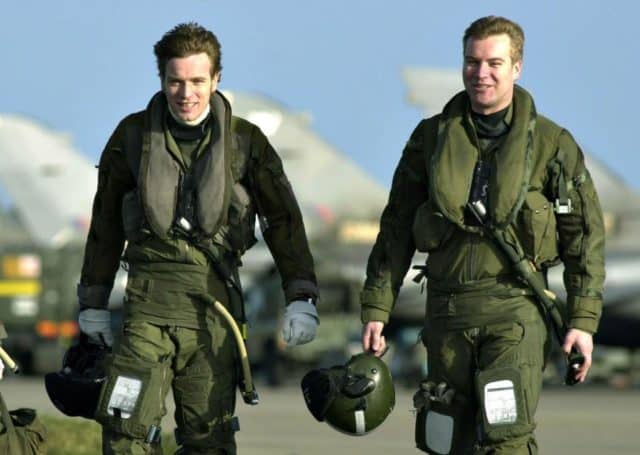 Ewan McGregor’s brother is a former RAF pilot that has a call sign of Obi-2, taking after his brother’s Star Wars name, since there can only be one Obi-Wan after all. But the real kicker about this article is that Ewan couldn’t even be counted on to give his brother a free copy of another movie he starred in, Trainspotting. The brothers are very close so it’s kind of confusing as to why he wouldn’t give his brother a free copy of the movie to watch and made him shell out around 14 pounds to purchase the movie and watch it. That would almost seem like a snub from anyone else, but maybe there’s more to it than that.

After all just because you’re kin to one of the stars doesn’t mean that you get freebies all the time, right? Family might expect it but that’s just not the way things go at times. The hard work and effort that was put into the movie isn’t just about Ewan after all, it’s about everyone else that contributed to the movie as well. Sure it would be nice to get free stuff as a perk since being related to a movie star is something special, but if that was the case then profits from the movies might take a serious dip because family and friends that want to cash in on this type of thing would likely start coming out of the woodwork. That’s an exaggeration of course but it’s been known to happen in the past. One VHS or DVD wouldn’t make much of a difference but the way it goes with giving out free stuff is that people see it and almost immediately want it no matter if it’s something they need or not.

Still, you would think that maybe Ewan could give the movie to his brother as a gift or something. Maybe he didn’t think about it or maybe his brother didn’t think to ask. Of course that doesn’t seem likely since he went on social media claiming that he didn’t get his free copy. Maybe that’s why he didn’t though, because his brother expected it. Who knows? There could be something to it that we aren’t hearing about, but in any case it doesn’t seem like anything too serious since he got his copy and managed to borrow a VCR so that he could watch it. It’s simply amazing that anyone still has a VCR at this point since they’re such outdated technology. But then again so are certain cellphones and people still have those as well.

It’s his call sign that’s really an interesting point to learn about since anyone who knows anything about Ewan McGregor knows about his role as Obi-Wan Kenobi, a role that could be coming back in a solo movie eventually if the rumors are true. It does seem fair to be amused that Obi-Wan didn’t really care for flying, but Obi-two obviously loved it enough to be a natural at it.