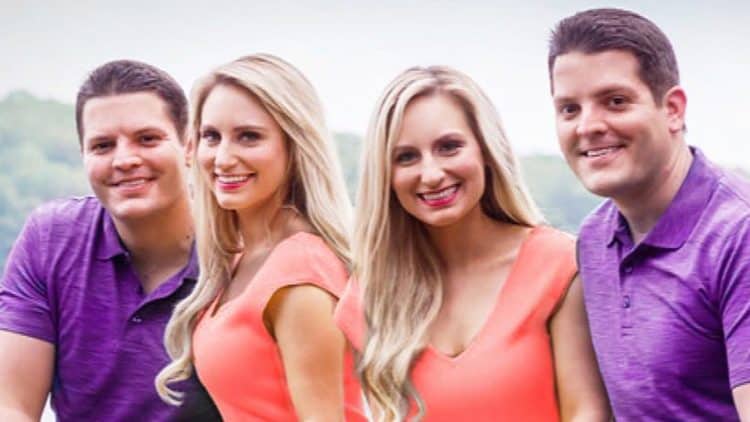 When siblings have a tight bond it’s usually looked at as a good thing. However, there are some siblings that just might be proof that there’s a thing as siblings being a little too tight. A new reality show called Extreme Sisters aims to explore just that. In fact, these sisters are so unusual that the word extreme might be an understatement. The series follows five sets of sisters who are unusually close. Not only do these sisters share everything, but some of them insist that they’re so close they even have special powers. Even though many viewers probably think the show is a little weird, they’re going to have a hard time turning away. Continue reading to learn more about the TLC series Extreme Sisters.

1. The Show Is Filmed In Several Places

There are some reality shows where all of the cast members live in the same state, but Extreme Sisters isn’t one of them. Actually, the show has an international cast. While almost all of the show’s stars live in different parts of the United States, Anna and Lucy DeCinque are located in Australia.

2. Not All Of The Sisters Are Twins

If you’ve seen the ads for Extreme Sisters, you may have assumed that it’s a show about twins, but that’s not entirely true. Although there are several sets of twins on Extreme Sisters, not all of the cast members are twins. This adds an interesting dynamic because it shows that twins aren’t the only ones that can have unusually close relationships.

3. The Cast Members Are Probably Paid

A casting call on Backstage.com mentioned that being on the show was a paid opportunity and that cast members would be paid per episode. The posting does not list the exact amount and it’s likely that everyone is paid differently based on what they were able to negotiate. If you’re going to share your personal life with the world, you might as well get paid for it, right?

4. Some Of The Cast Members Are Social Media Stars

If anyone on Extreme Sisters looks familiar to you, that could be because you’ve seen them before. Anna and Lucy DeCinque, for example, are no strangers to the spotlight. Even before the show, they had built a large following online and people seem to be incredibly intrigued by their story.

5. This Isn’t The Only Show On TLC About Odd Family Dynamics

If you’re one of those people who is intrigued by seeing the quirks that other families have, you’ll be happy to know that Extreme Sisters isn’t the only show on TLC that touches on this. The network also offers shows like sMothered and I Love A Mama’s Boy, which documents people who have unusually close relationships with their parents.

6. One Set Of Sisters Is Dating The Same Man

Most siblings are used to sharing things, but Anna and Lucy DeCinque have taken things to an entirely new level. The two women are actually dating the same man. To make the situation even more interesting, they make sure that their sex lives are identical as well. Anything one of them does with their partner, the other will do as well.

7. The Sisters Don’t Care What Other People Think

One thing that all of these sisters have in common (besides being extremely close) is that they don’t care what other people have to say about it. They’re happy with the way things are and they don’t plan on changing for anyone. Even if you don’t agree with how they get down, you have to admit that their level of IDGAF is admirable.

8. Viewers Seem To Be Very Entertained By The Show

Extreme Sisters is still very early on in its first season, but it’s already getting a lot of attention from viewers. Many people have taken to social media to share their opinions on the show. A user named MeganFeller said, “Anna and Lucy look and sound like robots…with a southern Australian accent. I can’t handle them. Woman facepalming And as much as I don’t want to watch this show, I now can’t take my eyes off this train wreck #ExtremeSisters”

9. Their Closeness Has Impacted Other Relationships

Can you imagine dating someone who wants you to date their twin, too? Better yet, how would you feel if your partner’s sister always slept in the bed with you? Both of those things are reality for some of the men featured on Extreme Sisters. While Anna and Lucy’s boyfriend seems to be perfectly fine with their situation, some of the other partners aren’t quite as forgiving.

10. The Show Doesn’t Have Its Own Social Media Accounts

If you’re the kind of person who likes to follow your favorite shows on social media, you, unfortunately, won’t be able to do that with Extreme Sisters. At the moment, the show doesn’t have any official social media accounts. However, that could change if it ends up becoming one of the most popular shows on the network.