Home
Movies
The Most Famous Line in “Captain Phillips” Was Improvised 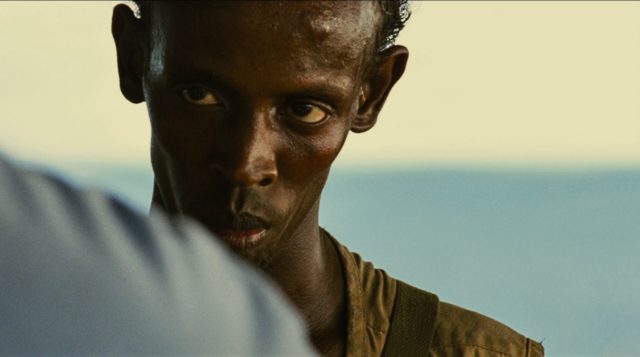 If you have watched Tom Hank’s “Captain Philips” movie, the scene where his characters cargo ship is hijacked must have caught your eye as it is not that easy to forget. The film is a true story of the gripping moments that Captain Richard Phillips faced in 2009 when his Alabama Maersk container ship was hijacked by Somali pirates as depicted by Paul Greengrass.

In reality, Hanks first met the debuting actors when they were shooting the scenes of the hijacking incident. For three days, the captain stayed captive in a lifeboat. It was not until the Navy Seals came to his rescue that he was able to escape. They are forced to open fire from the Bainbridge so that his captors can set him free.

Tom in the movie meets his equal in Barkhad Abdi, a skinny gentleman who plays the leader of the pirates behind the attack. Abdi is also the man behind improvising the chilling line “Look at me. Look at me. I’m Captain now!” It was a line that Paul decided must feature in the end product. Worth noting is that the amateur actors whose primary role was to act out the part of the hijackers also almost hijacked the entire movie from the famous Tom Hanks.

It is unbelievable that Barkhad and the other Somali pirates were acting for the very first time. The cast includes remarkable cast members like Bilal (Barkhad Abdi), Elmi (Mahat M. Ali), and Najee (Faysal Ahmed). Tom in an interview said that they were probably putting in a lot of work before filming the movie because he only met in the first scene where the crew storms the bridge of the ship. He recalls that the first three shots were pretty hairy until he asked Abdi his name to get to know him more.

Hanks loved the rawness that Barkhad Abdi brought to the scenes because of his lack of previous experience. He said that Abdi was always present and be brought reality to the film even though he had never done that before. The crew got into the movie by auditioning with thousands of other people who also showed up for the roles. For Barkhad, his looks were perfect for the film, but he is also an artist in his right as he makes his music and is a very creative man.

The “pirates” were very dedicated from the second they learned that they were going to feature in the film. They were all quick learners who gave their roles the best. They spent time with Hanks on the lifeboat where they were shooting for several days and having conversations about different things when not working. Tom remembers that he had to keep asking for translation because when the cameras were off his co-stars would often laugh or argue in their native language (Somali).

Before going ahead to make the movie, Tom Hanks had several conversations with the real captain Philips who he calls Rich. He was able to give him tales about what happened during his hellish encounter allowing the actor to bring it to life and tell the story almost as precisely as it happened.