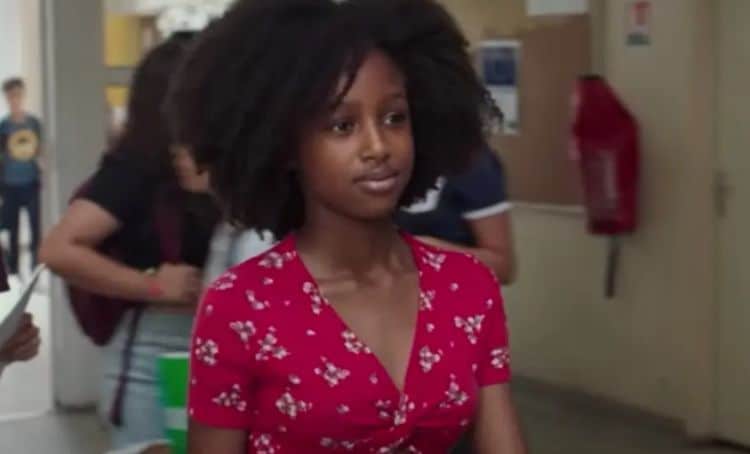 You might not know her name as a household name yet, but trust us when we tell you that you’re about to. She’s the star of a very controversial new Netflix movie that did very well at Sundance. Her name is Fathia Youssouf, and she’s playing the lead role in the new Netflix movie, “Cuties,” about an 11-year-old girl who is exploring her sexuality. The entire concept has much of America up in arms asking Netflix to cancel the show, ban it, and asking people to then ban Netflix if they feel that a show that advertises an 11-year-old who ‘discovered twerking and her budding sexuality,’ as appropriate. It’s all over the place right now, and we want to know more about the girl who stars in this controversial new film.

This young girl is very young. While she is older than the 11-year-old child she portrays on screen, she’s not that much older. She was born in 2006, which currently makes her 14. The director of the movie was adamant she only wanted to work with young girls to really make it seem more honest and relevant.

We don’t know much about her personal life, but we know that she was born in Paris, France, and that she was raised there. This is the first movie that she’s been involved in, and we don’t know that it will be her last. Even if no one ever gets to see it on Netflix, the controversy over this movie just made her a household name.

4. There’s a Petition to Cancel Her Movie

Since Netflix released the trailer and the artwork for the movie, there has been outrage. No one wants to see young children sexualized and put on television in the way that they are being put on television, and there is a petition to cancel the show going around. It has more than 35,000 signatures so far.

There are so many people who are not happy about the way things are going with the show. People have been speaking out against it since the first photos were aired, and this comment is pretty much what most people have to say about it, “It sickens me that Netflix is using this global platform to circumvent child pornography laws by airing Cuties, a movie about an 11-year-old girl twerking her way to stardom. Pubescent girls dancing sensually can only lead to pedophilia and Netflix needs to be strongly censored,” says one comment on Twitter.

6. Her Photo Was the Controversial Problem

What most people were upset about when the streaming service began advertising the show is that this young girl was shown in barely-there clothing in a sexualized position. She was in a squat with her legs open, and it is a move that the mother in me can readily admit horrified myself and my husband. If we caught any of our girls posing like that, they’d be grounded for life.

The great news is that the streaming service has apologized for their advertisements, and they’ve taken them down. The lead photo for the show is now a photo of this young actress and her face only. That seems to have pacified many.

8. She Was One of the Last to Audition

Before the movie was cast, the director and everyone working with her spent six months looking for just the right girl for the movie. They spent six months meeting child after child, and no one was right for the job. They actually met Fathia on the last day of the auditions during the last actual hour of the auditions, too. It worked well for her.

If you think this girl did not earn her right to star in this movie, you are wrong. She was the best of the best out of 650 kids who auditioned for this role, and she got it. She earned it if you will. She was the best, and that is something she can take with her from now on.

As she should be, too. She’s only 14. There is no reason the world should know every personal detail of her life. We don’t need to know her parents’ names and where she lives or where she goes to school or anything too personal at this point.