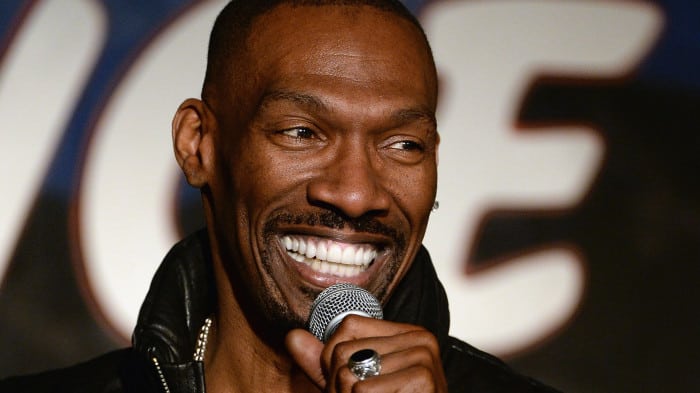 There’s so much hype about Eddie Murphy that a lot of people might not have known about his older brother Charlie Murphy, but quite honestly Charlie had his own place in show business and was known in his own circles. He managed to rub elbow with some of the most well-known celebrities in his time and he was a part of his brother’s entourage now and again. It’s kind of easy to see that he never really did make it as big as Eddie but he had his own thing going and as a result it would seem that his story needs to be told just as much. You can certainly see the resemblance between the brothers, though their comedy styles were a bit different and it was obvious that Eddie made more of a splash since his career went to new heights that Charlie never quite reached. But it would be great to see his story and understand how his life went.

Here are some of the guys that would be perfect for this biopic.

There’s a lot of things you could say about Martin Lawrence, mostly about how he’s rubbed people the wrong way for a number of years. But he’s also been a top-level entertainer when he’s been on his game and has brought a lot of hilarity to a lot of different projects he’s worked on. So it’s not hard to think that he would be perfect for a comedic role that would include some drama along with it. After all he is one of those that you love to laugh with and are kind of surprised to see drama from sometimes. It’s a surprise, but it’s a pleasant one since Martin has been able to show that he can get serious when he needs to.

Don is kind of the all-around guy that can be used for a wide variety of roles since he can get down and dirty, he can get serious, and then he can be just as funny as anyone else but with a slightly darker side to it. If you’ll recall his time spent in the Ocean’s Eleven movies he was actually rather entertaining as Basher and yet his whole angle wasn’t comedy despite the fact that he was pretty hilarious at times. That being said his emergence into the MCU has shown that he can pair comedy with drama and has no problem dishing out both when they’re needed. He’d be a great pick after the first few were exhausted.

It’s all about the comedy on this pick and honestly he might have been put a slot lower if not for the fact that he’s just a bit funnier than Don Cheadle and can deliver some grade-A laughs when he really wants to. As to being possessed of a dirty sense of humor or even the propensity to swear all that often it’s not something he’s completely alien to since Will Smith has unloaded a few swear words now and again in a comedic manner. Remember Bad Boys 1 and 2? Will didn’t hold back in either of those so any concerns a person might have that he would want to sugarcoat a role like this are kind of unfounded. He does what’s needed for a film.

Anytime you pick Denzel for anything it comes down to the fact that the movie in question needs talent and experience to carry it through and he’s got tons of both that can allow him to do just about anything. In terms of playing the role of a comedian it was be a new one for a lot of people but it seems absolutely doable since Denzel is the kind of guy that’s adaptable and can step up to a role when he really needs to. This is more of a desired pick than one that might happen however since when you think comedy you don’t necessarily think Denzel, though since it’s a biopic then it might just work out.

Honestly, who better to portray his own brother than Eddie Murphy? They look so much alike that it would work without a doubt, and the fact that they’re both known comedians would work in Eddie’s favor as well. The only thing that might stop him from taking on a role such as this is the idea that playing the role of his brother might be too hard from an emotional standpoint, as Charlie passed away in 2017, not all that long ago. But it almost seems as though Eddie would be able to push on an honor his brother in a way that would show the world what he was about and do his memory proud.

Whoever took the role it does seem like it would be a very interesting story.