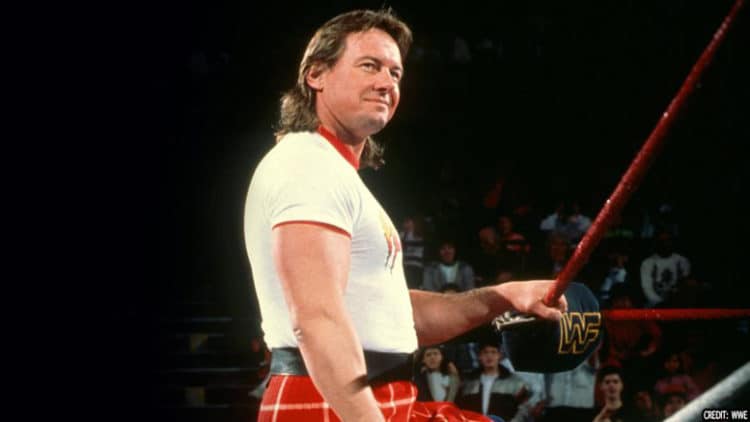 Fans of Professional Wrestling know that besides Hulk Hogan, one of the next best-known athletes in the squared circle was the late, great “Rowdy” Roddy Piper. Originally from Saskatoon, Saskatchewan, Canada, born Roderick George Toombs, Piper was billed as being from Glasgow, Scotland due to his heritage and his costumed persona as a Mad Scottsman. Entering the ring to the theme of bagpipes, Roddy, with his shaggy hair and devilish smile, often played the dirty fighting villain. Not content to rely on just wrestling, Roddy’s acting career included starring roles in movies “Hell Comes to Frogtown” and most notably John Carpenter’s Sci Fi thriller “They Live”. Piper also guest starred on TV shows such as “Walker, Texas Ranger” and “It’s Always Sunny in Philadelphia” Unfortunately, Roderick Toombs aka Roddy Piper died of a heart attack in 2015, leaving fans stunned and hoping for a biopic film to be produced featuring this amazing man’s life. So, the big question is whose persona and acting chops would be enough to bring the “Hot Rod” to life on the big screen? Here are five actors who may just fit the bill.

Having starred in several action films, Renner has the physical stamina and agility to do the stunts involved (perhaps without using a stunt double?). Renner has the hair color, the facial shape, buff muscles, and the killer smile to pull it off. The only issue is that Renner is only 5 foot 9 and Piper was 6 foot (billed as 6 foot two) but if the other actors are cast to scale he will look the part. He also might need to put on a few pounds, as Piper was a beefy man with a bit of a gut, but hey, Robert De Niro did it for “Raging Bull”. Jeremy Renner also has the ability to hide inside a character, such as when he played Jeffery Dahmer in another biopic. Renner is great at playing the underdog, fighting character who has a secret backstory. Like the Avenger Hawkeye, Piper was quite a family man, married with children, so if Renner could play one hero, why not another?

Before you think “he’s too pretty” remember that Roddy Piper was quite a hottie. Over the years, thanks to tanning to hide his facial pock marks and hair highlights, Piper achieved quite the “glo up” as his career advanced. Check out this video of Roddy’s transformation from newbie to superstar, Matt Damon can also blend into a character physically, as he did playing Liberace’s lover Scott Thornson in “Behind the Candelabra”. At age 48, Damon’s acting range allows him to look younger and older, even in the same film! His bone structure fits the bill as well. As for working with makeup and wigs, “Matt Damon’s physical Transformation” for a film is well documented by Rolling Stone in an article of the same title.He could go from tiny speedo to wrestling trunks with no problem.

Yes, his hair is too dark and he’s a smidge too old, but those big, expressive eyes and maniacal smile would serve well to play Piper, particularly the decade (late 80s to early 90s) when he was the villain wrestling fans loved to hate. Imagine that grin the character “Negan” would flash just before he would to something awful on “The Walking Dead” but this time he’s picking up a chair instead of his bat, Lucille. In the character of Piper, Roddy knew how to fight dirty to keep his championship reign and entertain fans. A wig or some hair bleach and extensions is all it would take. Morgan has the same charisma that Roddy had…when he enters a scene, you can’t take your eyes off him. Cue the bagpipe music, wrap a kilt on Jeffrey Dean Morgan, and watch him enter the ring!

Nobody can do crazy like Christian Bale did in “American Psycho”. Roddy Piper, in his ring performances, had that wacko act down pat. He would foam at the mouth, grimace, and literally shake with rage as he traded insults with opponents, referees and sometimes even fans. Bale could do Piper’s vocal range as well, from the hoarse sounding bellow to the husky low hiss. Another plus is that they look alike, and Christian can rock both of Piper’s signature looks– from the swinging frosted bob to the slicked back stringy mane. Bale has lost weight for roles, gained weight for some, and is rather a chameleon on the screen. The same could be said for Matthew McConaughey; however, Matthew might seem a bit too laid back for the role. Piper, in real life (as in his performances), was always hustling to do better and make more money so that he could continue to earn for his family in the short window of time that wrestlers, like other athletes, have to stay in the game. He was always reaching, always hungry to get ahead and be the best he could be, no matter wrestling or acting. Christian Bale is able to capture that vibe and make it come alive.

One thing that can be said about Tom Hardy, who starred in physically demanding films such as 2011’s “Warrior” is that he has the stamina and agility for the role. Plus, Hardy has that cocky, sexy bad boy vibe that helped make Roddy a household name (and one reason besides Brett “The Hitman” Hart that wives and girlfriends didn’t mind ordering WWF pay per view matches). Although Ben McKenzie looks even more like a young Piper, it’s doubtful he could ooze charisma as the dark, yet sometimes goofy wrestling villan like Tom Hardy. At 41, Hardy hits the sweet spot to play Piper from late twenties to his final year aged sixty one.

Why Not Tom Cruise?

Okay, Cruise and Piper have the same boyish toothy smile but that’s where the similarities end. Not taking away anything from Tom Cruise as an actor, but he would look like Tom Cruise as Roddy Piper and the focus would be on him, not the late great wrestler. Same with Ben Afflec or Bradley Cooper. Just please no. It’s Roddy’s turn to shine. Which brings up the question of who to cast in the Piper biopic to portray Hulk Hogan, The Hart Brothers, Undertaker, and Rick Flair etc.? These are just my suggestions …if you agree or disagree, feel free to comment.