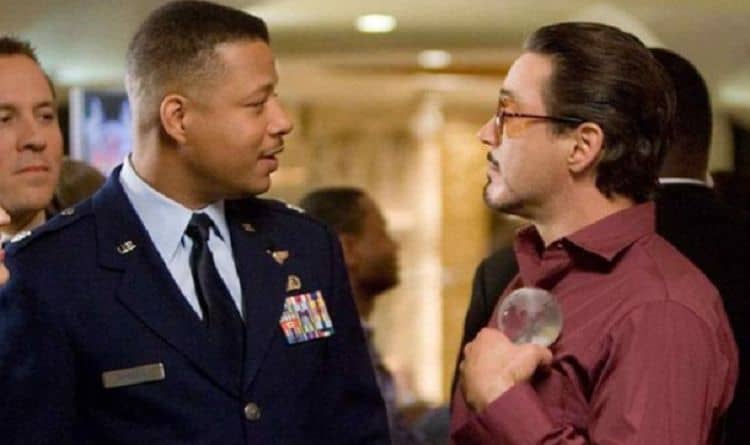 Whether it’s a massive hissy fit over this or that or a legitimate gripe that one actor has against another, there are plenty of actors that have walked away from a movie role because of their costars, or their would-be costars at least. In Hollywood, there’s no shortage of ego and there’s definitely no shortage of drama, no matter whether it starts off dramatic or if the news media helps to make it that way. The point is that some stars do tend to walk away from a gig when they find that they can’t work with one person or another, and in some cases, it’s actually the better idea since otherwise, it would no doubt be a continual problem that wouldn’t end until someone was fired or brought up on charges at some point. But to think that some folks have missed out on some truly great parts because they couldn’t get along with people is kind of hard to deal with since learning how to work with others regardless of any differences is something we’re usually taught back in grade school and refine once we hit junior high and high school. Right? Apparently Hollywood is a time that some use to regress, oh well.

Here are a few actors that turned down a role because of another actor.

Believe it or not, she was supposed to play Dottie Hinson in A League of Their Own, but couldn’t get along with Madonna for one reason or another, and thereby missed out on a role that would have kept her name out there for people to see plain as day. Granted, Winger has already made her legacy with plenty of movie credits and has been one of the favorite stars of many people for quite a few years. But to think that she couldn’t suck it up for this one role is kind of hard to figure out since she and Shirley MacLaine detested each other on the set of Terms of Endearment, and somehow she got through that movie.

It so happens that DiCaprio was supposed to star in one of Gibson’s movies back in 2009, but the fact that Gibson had gotten himself into trouble with his now-infamous tirade made it clear that a lot of people wanted to steer clear of him at that time. While it wasn’t really said that Leo wanted to quit the movie simply because of this, the writing on the wall was pretty clear, especially since so many people were actively trying to distance themselves from Gibson at the time. Sometimes people don’t really have to say anything since their actions are going to speak louder than their words could.

A lot of people might not have any idea who David Hill is but he played an extra in the Adam Sandler movie The Ridiculous 6, which, depending on your point of view, painted a rather disturbing image of Native Americans that a lot of people had a serious issue with. Despite being a comedy it rubbed a lot of people the wrong way, but like always that appears to go one way since no one ever appears to notice anything other than the ‘mockery’ of those that aren’t white, as Sandler does take the time to include mockery of just about anyone and everyone in his movies. But yeah, this movie was kind of controversial in how it went about telling the story.

This was due to an issue between Sylvester Stallone and Gere on the set of The Lords of Flatbush. While the details might be told differently by many people, the gist of it is that the two did not get along, and eventually it came down to the decision of who would have to go, Stallone or Gere. Obviously, the decision was made that Stallone would stay and Gere would go. While the two might have made their peace over the years, the idea is that at that time the situation had become a bit serious and Stallone just wasn’t having it, so he made an ultimatum that eventually went in his favor.

A lot of people have been made fully aware of this case since it was put out in the public without any hesitation considering that between Iron Man and Iron Man 2 the character of James Rhodes changed noticeably from Terrence Howard to Don Cheadle. The reason for this was that apparently RDJ’s salary was increased while Howard’s was decreased so that the MCU could secure RDJ. Howard didn’t take this too well and made it known that he was heading out the door, which the MCU let happen since the role of Rhodes was easy to fix given that there were a few different men of color that could fill the role.

One has to wonder what’s more important at any given moment, the paycheck, or the pride.