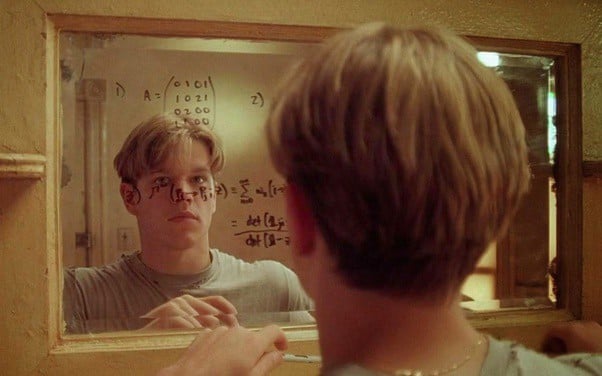 The opening to a movie is important largely because it helps to set the pace and the tone, even if things change as the movie goes along. With some openings, it’s kind of hard to see what the movie’s going to be like and what some of the main points will be, while with others it’s pretty simple and not hard to figure out at all. Then there are those openings that don’t give everything away but are still brilliant since they get the audience hooked and make them want to sit and figure out just what’s going on. The opening to a movie is what people NEED to see in order to give them a reason to keep going, while the rest of it can go in an umber of different directions and possibly keep the people entertained while at the same time giving them as much or as little information as it possibly can in order to convey to the audience just what it’s supposed to mean. If not for the opening however a lot of folks might not even bother. Some movies are great with their openings and manage to give just enough to make it enticing, while others are kind of blase and don’t really appear to want people to watch if they’re not interested.

Here are a few movies that had brilliant openings and kept us in our seats.

Say whatever you want to say about this movie, plenty of people have over the years and some of it’s been positive while other criticisms have taken realism to a new level. The one thing about this opening though is that it is insanely powerful since no matter how cynical a person is, the feeling and emotion in it should stir something. So yes, the animals of the Pride Lands are celebrating a new birth in the circle of life, albeit it one that will grow and learn to prey on quite a few of them, but it’s a celebration all the same since it’s a continuation of a cycle that has kept the world moving forward for millennia.

There are those individuals that can just look at something and make complete sense of it. Not being a math major or even a lover of any mathematical equation beyond the basics, I’m definitely one of those that look at this movie and wonder how realistic it is. But the truth is that for some folks, mathematics is quite easy, and higher-level thinking comes so swiftly that they just can’t turn it off. Those of us that witness these individuals might be a little envious, but there’s usually a tradeoff, and while it’s different for everyone it’s a type of balance that’s necessary in order to lead a full life that’s not so one-sided.

A lot of folks might look at this and wonder how it’s happening in broad daylight, but when a person really thinks about it, how much does an individual really notice in their average day? In a city setting this idea is even more upsetting since it would appear that in some cities, people go about their business all the time without noticing their surroundings that much unless something catastrophic is happening, and of course, if it’s happening to them it’s even more noticeable. But a heist such as this should have had cops all over it, shouldn’t it? After all, the Joker isn’t exactly subtle in his methods.

Has anyone ever thought of what goes on during the making of a bullet? From the assembly line to the many stops along the way that it might take, one single round, amidst the millions of others, would have quite a story to tell depending on where it went and how it was used. That might sound like an odd statement, but keep in mind that Yuri did keep a shell on him at all times, almost as a reminder of what he was doing and why. But the point of view that the opening of this movie gives is both interesting as well as horrifying since the end result is one that people saw coming, but still couldn’t believe.

1. Raiders of the Lost Ark

True, the opening to this movie doesn’t cover the traps and the infamous rolling boulder, but it does introduce us to Indiana Jones in a way and it does make us realize that he’s not a man to be trifled with since he’s so damned good with that whip. But on top of that, it does show that he’s something of a treasure hunter, not really an archaeologist, which drives a lot of actual archaeologists nuts because so many people have been inspired to learn their discipline without realizing that Indy has little if anything to do with the reality of it.

The opening scene is important to draw you in after all.