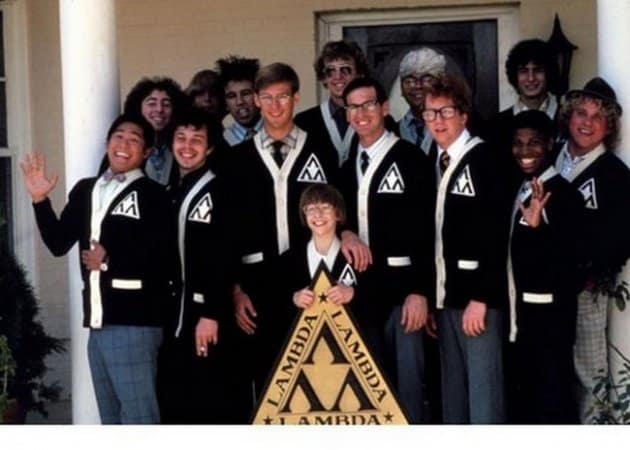 We’ve seen TV shows being made into movies for years now, but more recently it’s movies that are becoming TV shows.Â  From taking the characters in Marvel and DC comics movies to Fargo on FX, producers are definitely onto something in expanding character roles so that they fit into multiple TV episodes.

I have some ideas that could take five classic comedies we all know and love, and turn them into TV series. Most aren’t ones you’d usually think would be ripe to adapt, but hey, it’s better than remaking them into another movie, right?Â  Hope so!Â  Enjoy the list…..

A new Ghostbusters movie is getting ready to be released starring the biggest female comedians in the biz and we’re not happy about.Â  I think it would be better served not trying to cling to the past, and simply be remade into a show where a new team tries to defeat various ghostly foes week to week. It could be a great vehicle for young comedians to shine, and there are pretty much unlimited “ghost stories” that could be told to figure out content.Â  Plus, how awesome was the cartoon

This was actually the one that inspired this list. I love Groundhog Day, and I can picture it as a show where each episode is a repeat of the same day. Watching week to week, you’d get to know the day by heart like the central character (not Bill Murray), and you could see how the character evolves over time, and the different crazy scenarios that happen with each new run-through of the day. The next season could be a different day with a different person and an entirely new series of events.

I picture this as “Greek” type show, but one that appeals to the sort of nerds that the title implies. The struggle against the “cool frats” could be a season long affair, with pranks escalating, fighting breaking out and many romances to be had. You could keep some semblance of the original characters, but I think it would be best to update them so they’re not just suspender wearing stereotypes.

Why Beverly Hills Cop? Well, people love cop shows for one, but secondly, you could probably actually get Eddie Murphy to do it. That man hasn’t made a good movie in at least five years, and too many more and he’ll be out of work forever, no matter his past popularity. Get him on TV and I guarantee this show would be a hit for years.Â  It seems like they’ve tried this a thousand times already but you need Murphy involved.Â  It’s the one way it’ll work.

Each week, Bill and Ted journey through another part of history, or the future. It’s sort of like Doctor Who, but with perma-stoned idiot who don’t have a sonic screwdriver. It would have to be recast as Alex Winter and Keanu Reeves are like forty now, but I think there’s plenty of lads out there who could do it. And yes, there actually is another Bill and Ted movie on the way WITH the original cast onboard.Â  Also remember they actually had a cartoon years back.