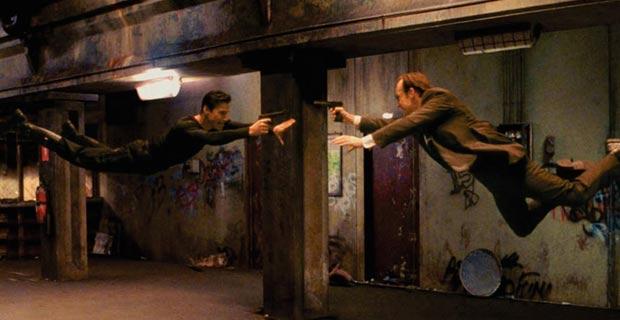 There’s something inherently film-worthy about the subway, particularly in New York City. The Big Apple is undeniably a location that garners great respect and a world of attention for its seemingly infinite amount of nooks and crannies that harbor their own stories or, at the very least, the potential for a tale or two. Whether it’s an epic fight sequence, a love story, or something straight out of the director’s worst nightmares, NYC seems to be the place where the best and the worst things tend to happen on the subway.Â Â Â  But don’t count out other locations as well.

Though the film itself was a little underwhelming, the premise was sound enough and the plot could have pushed the movie forward. Just imagine a psycho-reactive substance that no one knows about and no one wants to believe is real causing ill feelings in other people to the degree that they want to kill each other. It might sound like an alcoholic nightmare but in truth the supernatural lean behind this movie was quite interesting, despite the fact that it never really climbed out of the depths where it started.

No one knew what to expect, and no one certainly thought that such an awesome scene was going to take place in a subway tunnel. The audience had already seen Neo dodging bullets before this fight, but the mere fact that he stood up to an agent and held his own was impressive. Just imagine being able to stand toe to toe with an iron statue with the speed of a professional MMA fighter and you might be able to understand why Neo was coughing up blood at one point.Â  Technically the city in this film

Bradley Cooper is certainly no stranger to action, but in this case he seemed a little outmatched in strength, durability, and the fact that he just didn’t come off as creepy as Vinnie Jones. As the two characters go at each other with knife and mallet on the subway care the intensity is only heightened by the hanging corpses, one of which is still alive, that are pummeled, gutted, and viciously hacked to pieces as they try to harm one another.

This scene is about comedy as much as it is about action. With the nonstop one-liners and the heavy-hitting action that ensues, one has to admit that Hellboy is one tough hombre. Who else is going to grab the rail and willingly electrocute himself to finish off the bad guy? Add to this the fact that he walks away after shaking himself off and it can be assumed that a subway battle for this character is just another day on the job.

While the others are action and suspense, this one is all heart as Eddie Murphy plays a prince from Africa who is trying to woo the girl of his dreams. When she refuses him outright he even goes so far as to state that he will gladly give up his throne for her, which is a touching gesture but still doesn’t mean much to a subway car full of jaded New Yorkers. Before the scene ends however an older woman steps up as though to offer herself as the woman of his dreams, to which he replies by giving her a pair of quite expensive earrings that he’d planned to give to his beloved, and then stepping off the train.

There are plenty of others.