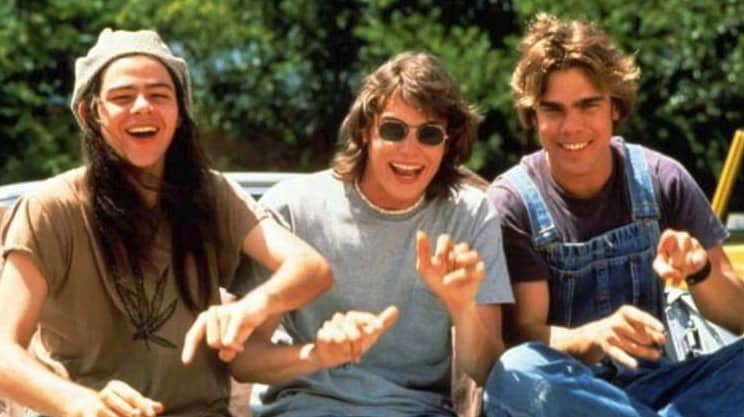 For some movie plots it takes a while to really build into the action, but for others it can all be done in a day. Granted, filming a movie can’t be done in a day, but the plots that can be started and ended in what feels like a day are kind of interesting since it takes a screenwriter that can pack enough detail and action into one day’s time to really pull this off, as the actors and the director that come after have to follow said screenplay in order to make it appear that very little time has passed since the opening credits. With some movies this is easy since there’s so much information to absorb and so much action to be had that moving smoothly from one point to another is fairly simple and doesn’t require as much work. But with some movies the effort of getting everything in there without seriously messing up the story is a bit difficult since let’s be realistic, some people experience very full days while others might just kind of walk through their day without noticing all that much or even bothering to interact with a large number of their fellow human beings. The ability to tell a story that can be done in one day is pretty interesting, especially when there’s more than one point of view to be observed.

Here are a few of the best movies that happened in day or less.

What was initially a chance for John McClane to come out to California and see his wife and kids turned into a hostile takeover of the terrorist type that would pit him against a hardened group of global tough guys that would try to kill him at every turn and fail miserably for the most part. Of course with this movie the legend of John McClane was born and with it came a host of people quoting this movie verbatim and getting excited around the holidays since yes, Die Hard is in fact a Christmas movie. Hey, no one said it was in the same league as the Santa Clause or It’s a Wonderful Life, but it IS a Christmas movie.

This is essentially the story of that one friend that a lot of us have had that can get away with pretty much anything and not get penalized for it. Because he wanted to take another day off, his 9th skip day during the year in fact, Ferris subjected his friends to a day of fun and enjoyment but also a lot of close calls and what would eventually be Cameron’s responsibility in telling his father about how the car kind of rolled out of a secure building and landed in the neighboring woods, several stories down no less. Ferris is also the kind of friend that you can’t help but like, even if you secretly want to see him take a few lumps now and then.

Ah yes, the first day of summer, the thrill of being out of school, the hazing to come. Wait, what? Things were definitely different back in the day when hazing was still a thing since these days half of what goes on in this movie would likely be called a hate crime by a lot of people. But butt-paddling back in this time was actually a rite of passage in some parts of the nation, while just having a good time and hanging out with friends was a more universal way of enjoying the summer to come and the friendships you wanted to keep but knew might change in the days to come based on the decisions you made.

Let’s be completely honest here and say that detention sucked when we were kids, and it likely still sucks today if it’s even still implemented. Detention, Saturday school, whatever it was called back in the day by whichever school, it meant sheer boredom and the torture of being in school when you’d rather be home sleeping in and going through your regular weekend schedule. But for five individuals it was an eye-opening moment when they figured out that there was more to school than their own personal experience and the consistent drudgery that tends to make it a little boring sometimes.

Some people believe in street justice until it happens to them, some believe there’s no such thing. But the cop that will allow street justice is one of the most dangerous people around since they know the law, they’re paid to obey the law, and those that don’t follow it or enforce it are those that tend to make it just a little bit worse. Alonzo actually wasn’t the worst cop in the world, but he was damned close, and as a result of his crooked dealings he eventually got what he had coming to him. Street justice works, but it’s also a good reason why we have a legal system.

Sometimes a story only takes a day.