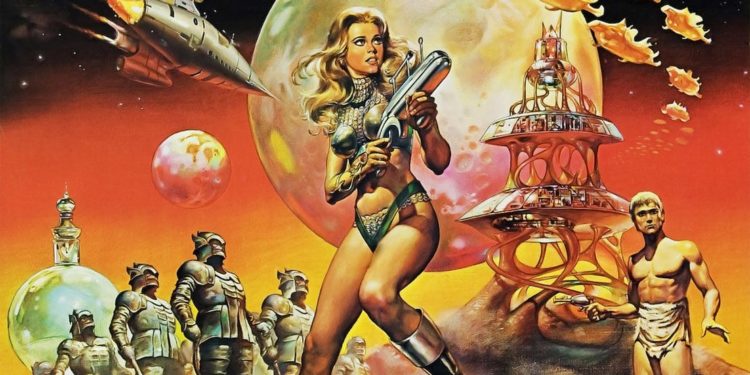 It seems like the galaxies within the movies have been kind of dominated by Star Wars and Star Trek haven’t they? Well to be honest all you need to do in order to find something different is just look. While Star Wars and Star Trek are quite dominant they’re not all there is. You might have to really look around, but there are plenty of space movies that offer the kind of entertainment you’re looking for. Of course if you’re looking for the operatic you might have to forego the other heavyweights such as Aliens and Predator since they don’t really deal with as much drama some space-based films and tend to go for the shock factor and the thrill of the hunt. When we talk about space opera we’re talking about the type of movie that injects drama and a strong sense of story into the film, but doesn’t sacrifice the action that people want. In a sense a space opera will give you a little bit of everything but won’t focus on any one thing that much.

Here are just a few that you might want to take a look at.

Barbarella is almost like a softcore porn movie that’s been labeled instead as a science fiction movie. There’s nothing negative about the previous statement, it’s a simple fact that the movie banked heavily on Jane Fonda’s sexuality and made use of it as much as possible throughout the film. The main point of the movie actually gets lost between her nude spots and the skimpy outfits she’s given to wear, not to mention the fact that she outlasts a machine that’s designed to pleasure a person to death. Some might say that it failed because it was designed by a man, which would be quite amusing really when you think about it.

There’s been talk of a resurgence to the Dune saga, as it’s a favored story of many that seems to have never attracted a director or producer that could do it the full justice it needs. The story is one that requires a grand scale and a truly masterful director that knows how to take Herbert’s vision and create something unique and wonderful. From the characters to the houses to the landscapes this movie is something that is simply breathtaking, though with the current technology and the methods used in films it could be so much more. If a remake is coming however it would be wise for anyone that’s interested to recap with the original movie first.

This is one of those films that goes into the existentialism of mankind and what it means in so many different ways. The big confrontation between David and Hal is of course one of the big staging points of the entire film but it still tends to give way to the idea of what mankind does and doesn’t know in regards to their own selves. If that’s confusing then watch the movie and it might begin to make sense, or it might not. As one movie among many that’s been lauded for being hard to follow but easy to watch, this film is something that seems to beg many people to view at least once in their lives.

This is one of those movies that a lot of us grew up with and remember fondly, but upon watching again as adults find somewhat disconcerting since the special effects back then were so far from what they are now. But thanks to nostalgia it’s still easy to enjoy the film since the story is something great enough to follow and it’s the kind of movie that we remember with a lot of great memories. This was when video games were still those big, boxy things you’d walk or ride your bike to find in an arcade and play until you ran out of money. The film itself is something so fun and unique that even now it bears watching at least once.

Humans have wondered for a long time just what our origins are and if there’s any compromise that can be made between creationism and evolution. That conundrum isn’t really solved by this movie but it’s given a new spin since apparently our race was born among the stars and brought to this place according to the film. Upon overthrowing the masters humans buried the gate that would lead to the other worlds and forgot about them, effectively sealing themselves off from whatever origin point they had and freeing themselves up to create any kind of beginning they wanted. Sounds kind of convenient doesn’t it?

So yes, there is a lot more out there than Star Wars and Star Trek when it comes to scifi space operas. Feel free to pick and choose.