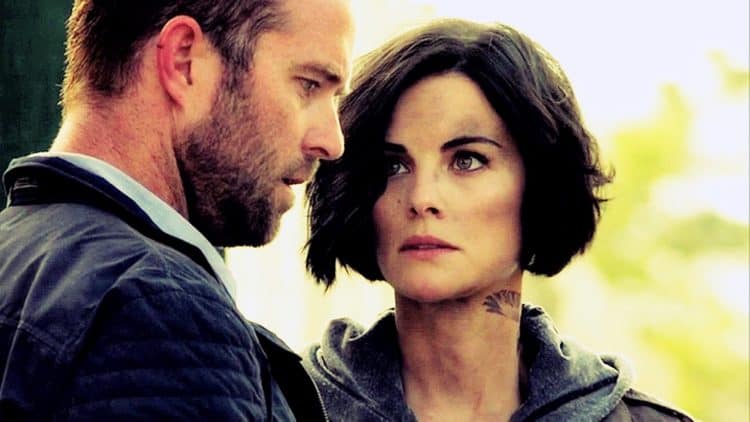 Television shows are more than just entertainment; they carry life lessons which we can apply if only we are keen enough to learn from them. From the “Blindspot” series, here are five lessons you might find applicable to your life.

1. Sometimes we need a push in the right direction

How many times have you stopped yourself from doing something because you lack the courage? Sometimes it is a job, and you feel you do not have the requisite skills, so you end up stuck in an office you hate hoping to one day master the courage to apply for the desired position. Well, sometimes waiting too long can make you lose the prize you have been eyeing for long and unless you take the risk, you will never know the outcome.

We cannot deny the chemistry that Weller and Jane had going on for sometimes and a romance was long overdue. However, neither was comfortable enough to reveal the feelings kept hidden until Weller gets so delirious that he confesses his love for Jane. Of course Jane feels the same way and hopes that Weller will urge her to stay despite FBI Director telling her she is free to go anywhere she pleases. It is only later that Weller realizes he loves her too much to let her go and he declares his love for her, this time in a clear state of mind, and Jane in return says she loves him too. Who knew all they needed was a car crash to ignite their romance.

2. We have to face the obstacles that life presents to us head on

All the memories that Jane has of Shepherd are unpleasant ones, and Jane has to eliminate Shepherd once and for all for her to go on peacefully with her life. Even as we are taken through the journey into Jane’s brain it is clear that Shepherd has had quite a hold on her life and she keeps taunting Jane so that she can blame herself for all the problems that she, her brother, the FBI team and her daughter have gone through but Jane resists the pain.

She finally gets the chance to kill Shepherd, and she shoots her multiple times. Some things are like anchors; preventing us from moving forward and unless we eliminate them from our lives, we will remain stuck. We could have friends whose lifestyles drag us down with them, and unless we cut them loose, we might end up paying for their bad choices.

3. Do not divulge your strengths

They say information is power and when it is in the wrong hands, it could hurt you. The FBI team finds it the hard way when Brianna divulges information about them to Pear, a novelist who wants to make his novels more realistic by having firsthand FBI information. Since Pear puts down everything in a notebook even about a serial killer that the FBI is hunting, once it goes missing, they assume the killer will come after everyone who knows about him.

Exposing your strength can be turned into your weakness by the enemy. Therefore, we have to keep some things confidential. Imagine writing down the secret formula of your product which has been bringing you profits only for the rival company to find it?

When Jane is undergoing the procedure to get her brain back to how it once was, she encounters a roadblock in the image of her brother Ramon who looks like he is out for revenge. Jane is afraid, but she gets to talk with him and apologize for all what she felt she had not done right by him such as failing to protect him from Shepherd and the orphanage. Ramon accepts the apology and forgives her for the life he had to lead. Just like how Ramon was a roadblock, we cannot move past our grudges thinking that revenge will set us on the right path. The apology Ramon receives is what calms him down enough to forgive Jane and soften his heart.

Inside Jane’s brain, Jane and Remi are conflicted and Jane has to convince Remi to be friends since they should not be enemies, but instead they should have a common hatred for Shepherd who destroyed their lives. Remi is convinced, and together they face Shepherd who immediately disintegrates once Remi and Jane fuse. Facing our enemies demands putting our best foot forward and unless we are fully prepared, we might fail. A team in which one person is acting against the other member becomes a liability rather than an asset and could lead to the failure of the entire team.