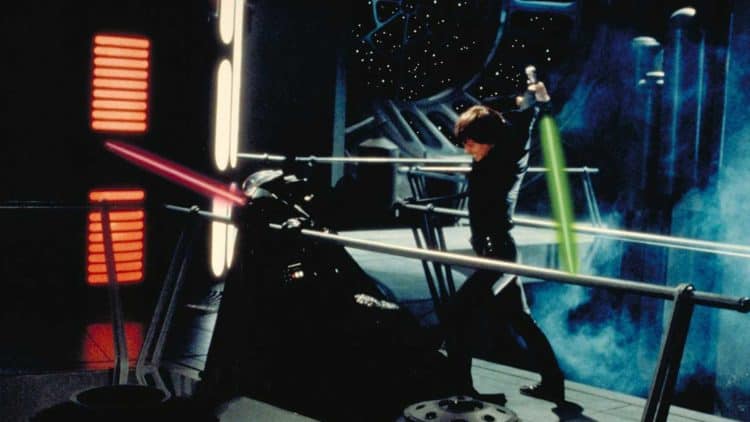 The effects of the 80s weren’t quite up to snuff for a lot of us now, but let’s be fair and say that they were still impressive back then, and the stories were a lot more solid in some cases since they were a little more original at times and were capable of making people laugh, cry, or scream in fear depending on the movie. At this point, when it comes to movies, it does feel as though a lot of us are desensitized to a good and honest story, though taking a look back at some of these movies and wishing we could go back in time to see them on the big screen is a definite wish for some of us. The great thing with drive-in theaters these days is that some of them are willing to play these older movies. Believe me, I almost put The Goonies on this list, but managed to hold off only because when it came to effects some of these movies would have been a lot more impressive, though from a story standpoint the Goonies was obviously a fan favorite that’s lasted to this point and will hopefully continue to last.

Here are five 80s movies that some of us would love to see on the big screen again.

Hands up, who was a little creeped out when the books started floating from shelf to shelf? Anyone? Or how about the residue that Peter had to collect, that was nice and nasty wasn’t it? The different effects in this movie and the comedy it produced was so classic that the attempt made to make a new movie in the same vein didn’t really pan out that well in 2016. Admittedly the more recent version had its funny moments, as each of the comedians in the movie were extremely talented. But it wasn’t their movie, and it wasn’t their time to shine at that point, as a lot of people still thought this movie topped the reboot without any real effort.

4. Back to the Future

Time travel took a huge beating from this movie since people still debate over it today considering that all we’ve seen about time travel in the movies has mixed up our entire outlook on it. Scientists might think they have the greatest handle on it and are more equipped to say yea or nay about certain things, and they are in a way, but the whole idea of entertainment and science blending together is bound to come up with something that’s easier to accept since it fits the idea of what people want to believe more than the real world does. Ah well, the fantasy of it all is fun, but sometimes we have to dial it back and remember that time travel might actually be more dangerous than it would appear.

3. Raiders of the Lost Ark

Let’s be realistic and say that despite the action in these movies, they appeal more to history buffs and those that think they know at least a little about history. Much of the story in any Indiana Jones movie is made up since they take a bit of history and do with it what they will. But the great part of that is the fact that something great came of it, and a story that should last for quite some time was the result. As far as the movies go, this is still the favorite of many fans, while Temple of Doom and The Last Crusade are seen as popular as well. As for the fifth movie, whenever it finally gets here, we’ll just have to wait and see.

2. Return of the Jedi

It’s likely that a lot of people would claim that The Empire Strikes Back is their favorite Star Wars movie, but they’re not making this list. Return of the Jedi is when everything finally came together and it appeared to be an all or nothing battle between the Rebels and the Empire finally, a battle that would decide just who the real power in the galaxy was going to be. Obviously the most recent trilogy showed us that this was the intermission, not the end, but the overall feeling of the movie was that, at the time, things were coming to a head and that the forces of good and evil were finally going to clash one more time.

People love alien movies, that’s all I can really come up with on this one, but it was a pleasing and very family-oriented movie that a lot of people still think of fondly and smile about when it’s being discussed. As stories go it was exceedingly simple, but there were plenty of scenes that weren’t fully expected and a few that are too hard to forget. As far as classics go, E.T. is definitely one that a person has to have in their collection, and one that was likely to leave people with a good feeling once the movie was over.