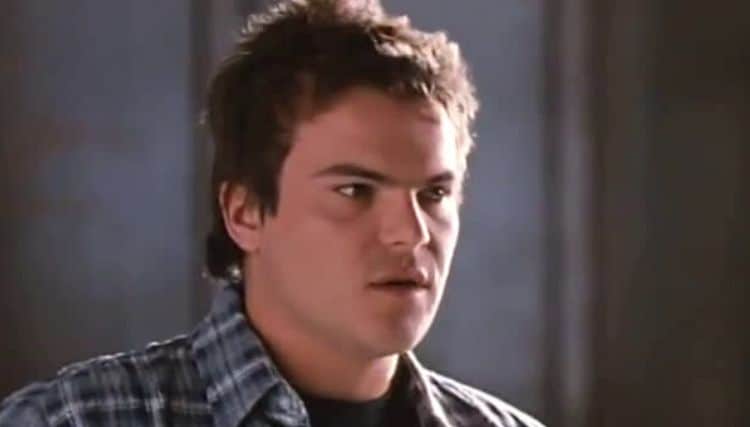 It’s kind of difficult to forget someone like Jack Black, but people need to remember that everyone has an appearance or two, or more, that have been forgotten by a lot of their fans for one reason or another. Jack Black isn’t any different since he’s popped up in a number of movies over his career and has done so in a way that we don’t really remember him in recent times. In some movies it’s usually because he wasn’t meant to be anything other than an extra and one would have to really watch to notice that it’s even him. In others, it might be due to the fact that the movie didn’t really do that well and was better off being forgotten. But the point is that Jack has been in movies where he’s been a part of the overall production, but people simply don’t remember him for one reason or another. It’s not that big of a deal to be honest since he’s gone on to be one of the biggest stars around, but it is very interesting to learn that there are those movies in which he did play a part that people have forgotten.

Here are a few movies that people have forgotten Jack Black starred in.

If you even remember this movie then kudos to you since it’s not one that comes to mind that often considering that it was one of the 90s flops that looked cool on paper but was kind of underwhelming when it was given the chance to shine. Jack’s role as Augie was one that was best described as a glorified extra, but as a supporting character, he’s still one of those that are easier to notice given that he serves as one of the teammates that the main character has to win over in an attempt to be accepted as a member of their group. The movie wasn’t terrible, but it obviously wasn’t quite that memorable.

For some folks, this was where Jack became a lot more noticeable since he did stand out in this movie thanks to the fact that he was the dirty, smelly guy that worked on the weapons that one of the main characters used and because one of those weapons was used on him. The scene in which Bruce Willis’ character decides to show Black that his calibrations aren’t correct is rather brutal since if they’d been right, then the character wouldn’t have suffered the fate he did. As movie deaths go this was actually pretty tame, but it was still brutal enough that one can’t really forget it that easily once they’ve seen it.

Being the friend of the main character, played by Matthew Broderick, gave Jack a good number of lines to deliver, but he was kind of an afterthought once Jim Carrey hit the scene given that this was Carrey in his prime, and most people couldn’t keep pace with him for long. The fact that this movie wasn’t all that great despite the hype it received made it likely that whoever was in it, apart from Broderick and Carrey, would be forgotten simply because it wasn’t worth having to bring up the movie just to recall who had the bad luck to be a part of it. Seriously, out of all of Carrey’s movies, this was one of the worst.

As a less than intelligent character that was trying to help save his friend from marrying a truly horrible woman, Jack played someone that would eventually come out as being gay after having spent his life being kind of a dim-witted individual that didn’t know what he wanted to do at any given moment. But while the movie was pretty funny it was also kind of a long and arduous task to watch it since the funny bits were often clouded by other material that was a bit cringeworthy and didn’t feel like it meshed with the rest of it. Seriously, Jack was almost like a non-entity in this movie at times.

This probably comes as a huge surprise to a lot of people but it’s in the credits and it’s on his IMDb page, so if it’s a joke then it’s a pretty good one and one of the most long-running gags in show business at this time. But the part of the pilot that flies the ragged plane in the high-priced movie is Jack, though it might be hard to tell thanks to his bushy facial hair and the filth that covers his features during the movie. He also has only a couple of parts before he disappears, never to be seen again.

He might be hard to forget, but depending on what role a person takes and in which movie, it’s always possible.