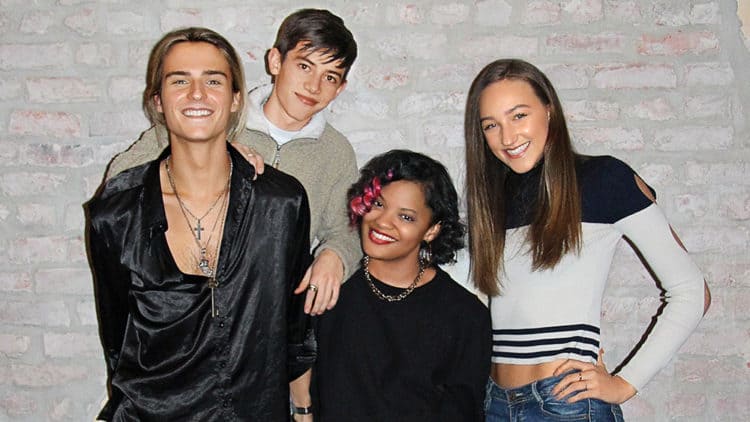 Netflix may have hiked its streaming subscription fees at the beginning of this year, but anyone interested in watching the best movies and shows in the world, will not feel oppressed by the higher costs. The streaming service is always lining up high quality and original series and films and for September, here are five original Netflix movies you should watch.

Love stories have always been looked forward to by audiences, and that is the reason series like the “Bachelor in Paradise” and “The Bachelor” keep viewers hooked. Love, however, has sometimes proven elusive for most, but still, where there is life, there is hope. Therefore if you like teenage love stories, then brace yourself for “Tall Girl.” The film is about a 16-year old girl, Jodi, who has never had a boyfriend and is the tallest in her school. Her height makes her uncomfortable in her own body, but that is until one equally tall guy, Stig, arrives at the school as an exchange student. Jodi’s best friend’s family hosts Stig, and for a girl who never felt worthy of being loved due to her insecurities, Jodi is entangled in a love triangle. According to Variety, the movie helps us realize that the minute we embrace the qualities that set us apart from the rest, we gain a power that we never thought we had. Hence we overcome anything that comes our way.

2. Between Two Ferns: The Movie

Most celebrities have their lives on social media. Even when they do not post anything, then the paparazzi will ensure we know whatever is going on, whether they have set their lives to privacy mode or not. Zach started “Between Two Ferns” as a series in 2008 where he conducted low- budget interviews of celebrities and actors between potted ferns. He asks very awkward questions which can be insulting, and the guests have to improvise their answers since they never know what will happen. The inappropriate humor is now condensed into a film titled “Between Two Ferns: The Movie.” Zach still stars as the host, and the premise is about him restoring his reputation after Will Ferrell led him to become a viral laughing stock. Will uploaded Zach’s television show to “Funny or Die” but Zach is determined to show them what he is made of by conducting high –profile celebrity interviews. Besides Zach asking uncomfortable questions, the film will also go behind the scenes, according to SlashFilm. If you are interested in watching Zach make people like Peter Dinklage and Keanu Reeves break a sweat as they try to come up with the right answers to his inappropriate humor, then you are in for a treat.

3. In the Shadow of the Moon

Movies about serial killers try to help us understand what goes on in their minds. However, we can never really understand what would drive someone to go on a killing spree regardless of how deranged they are. If you have ever watched “Zodiac,” then you must have seen how far a person determined to bring a serial killer to justice will go; even if it means taking matters in his own hands. “In the Shadow of the Moon” is about a young police officer who believes the only way he can rise to the rank of a detective is by portraying his competence. He, therefore, begins to track down a serial killer who kills after every nine years. Believing it to be a lunar-cycle timed crime, the detective tries to come up with scientific explanations to help him catch the murderer to no avail. Desperate to prove his worth, he becomes obsessed with the serial killer, and it ends up threatening to ruin everything he has accomplished.

Anyone who loves cartoons will fall in love with this film titled “Sound & Fury,” especially if you are into samurai stories. According to Stereogum, this film is a dystopian story based on the creativity of Simpson. Moreover, it is set to songs from the artist’s album also with ta similar title. Rock n Roll lovers will, therefore, have a blast watching the anime film. Each segment of the film will have a song from the album meaning they not only get to see the cartoons but listen to the songs as well. Although Simpson did not plan on releasing a single, he used the song” Sing Along” video as a teaser to the film as per the record label’s request. Simpson ensured that he brought the best talent towards making his project a success. The film, therefore, had Jumpei Mizusaki act as a director, probably having seen his work on “Batman Ninja” and liked it. If you are yet to understand what the premise is all about being that he is combining his songs with cartoons to tell a story, Polygon gives us a description. In a post-apocalyptic wasteland, the noble few remaining attack their oppressors and although the odds are not in their favor, there is still hope for a better future.

Johnny Cash was a musical legend whose songs were more than just words set to a rhythm. His songs had more profound meaning to those who cared to understand the lyrics, and one album that cannot be forgotten is “At Folsom Prison.” Although never a criminal himself and only spending a night on each arrest for misdemeanors, Johnny cash still pushed for prison reforms. He even held a concert at Folsom Prison. It is in this light that one band called Los Tigress Del Norte chose to film a documentary. It features their tribute to the late Johnny Cash’s concert through their show. According to Cultura Colectiva, the film was supposed to coincide with “At Folsom Prison” 50th anniversary. Therefore if you are a die-hard fan of Johnny Cash, this documentary is one you do not want to miss as it takes you down memory lane.