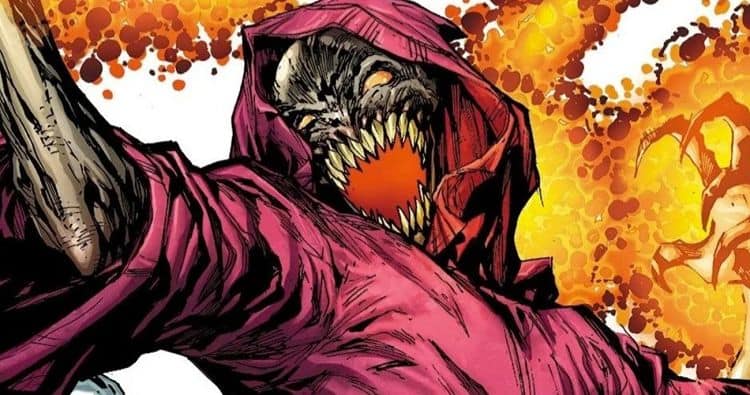 As one of Darkseid’s henchmen, DeSaad, who a lot of fans might not know about, is kind of a cowardly and definitely evil character that would be able to veer the DC universe into another direction since movies featuring lead characters are usually about heroes or anti-heroes at best. Movies featuring villains as the lead usually have a hero in there to balance things out in order to make certain that the overall feel of the movie is that there is some hope and that the villain won’t be able to just run rampant throughout the entire movie. Maybe it’s time to change that, since DeSaad hasn’t really been an innocent since he was a young kid, and even then it didn’t take much for Darkseid to push him over the edge. As a villain and a sadist, this character is someone that could possibly lead his own story and be quite good at it, though it is kind of evident that there would need to be another figure or two in the movie to balance him out a bit and to give the movie some sense of purpose. But there’s a good reason to push for this movie.

Here are a few reasons why DeSaad should be given his own movie.

5. He might be another villain that’s instrumental in bringing Darkseid to the DC universe.

Anyone that’s connected to Darkseid in any way might be a bonus for DC since giving them their own movie could mean that the big bad of the DC universe could be seen to be on his way and it could mean that interest in what they have to offer could jump in a big way. Plus, adding characters that people don’t recall or haven’t seen in a while to the cinematic universe could be a positive thing since it keeps fans interested and gives them something else to talk about. At the very least it means that DC is moving forward and is making the attempt to really push for more characters in their cinematic lineup.

4. DeSaad does an interesting backstory.

The fact that Darkseid had something to do with how he became the way he is stands out as an interesting story since it does appear that he had a bit of sadistic streak in him to begin with since he buried his own cat alive after Darkseid told him that the cat ate the bird DeSaad had at one time. Think about it this way, anyone that kills one pet is bound to have a few issues unless it was absolutely necessary. But burying something alive? That’s a whole new level of disturbing behavior that a lot of people should be able to agree is just flat out wrong. But it could bring an edge to DC that it doesn’t have yet.

3. The character can possess others, so it might be an interesting plot device.

This is definitely an affront to the natural order of things and to anyone that’s being possessed and it gives a little more depth to DeSaad as a villain since possession is something that’s intimate and quite personal and is considered a violation that puts a lot of people on edge. But using it in a movie means that he could be just about anyone if this is how it’s bound to be used, which brings to mind the movie Fallen, but with a big difference. DeSaad has his own body, but he can still possess and control others, which makes him even more dangerous since he doesn’t need to jump from one person to another.

2. It could give DC an element of surprise that might pan out.

Ask anyone who Superman is and they’ll tell you, ask anyone who Darkseid is and some people can tell you. Ask a person who DeSaad is and the average person would likely look at you blankly since he’s not a well-known villain outside of the comics. With that being said, this could work for him instead of against him since he could be the surprise that people are needing to see in order to get interested in DC again for something other than a hero or villain that’s been used over and over and is becoming a little tiring at the moment.

1. As an inventor he could work well with another villain, depending on the story.

There are definitely many ways that could be used to bring DeSaad into the DC cinematic universe, but inventions are one thing that helps anyone stand out since they can even the playing field between mortals and heroes, and villains or they can do much, much more. Being that he’s also immortal, it makes sense to think that DeSaad has had plenty of time to come with a wide array of inventions in his time, or at least has the knowledge of how to make certain things that could be bothersome for many people.