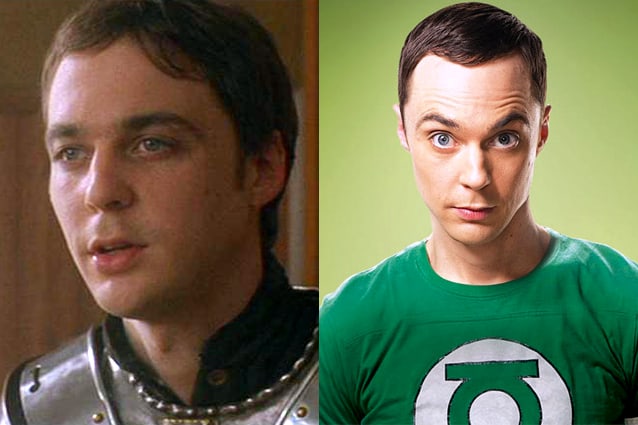 The character of Sheldon is easily strong enough to make you forget that Jim Parsons has done anything else in his career, but he’s been quite active since his entrance to Hollywood. The Big Bang Theory is not his only claim to fame since he’s been in several films and TV shows that are far different from his portrayal of Sheldon. It’s understandable though, the personality of Sheldon is so insanely smothering that it makes one kind of overlook anything else.

Here are a few roles you might have let slip from your memory for a bit once The Big Bang Theory came on in the evening.

He is not the nicest person in this film, but that kind of goes with the territory. Women in NASA weren’t always treated that nicely, and African-American women certainly weren’t given any real chance to stretch their skills due to men like his character. Of course it seems more like Stafford was jealous that someone, a woman no less, could just show up and start doing what he did without needing exert any real effort. Â Men are funny creatures, we don’t like to be upstaged but when it happens some of us tend to pout, much like it looks like he’s doing in this clip.

Home got a lot of hype but not a whole lot of attention soon after it came out. It was a charming cartoon but didn’t seem to go much of anywhere after the opening scenes. Parsons did a fair job of bringing Oh to life but it still wasn’t quite enough as this kid’s film kind of crash-landed before it really got going. The idea was sound enough, but the execution just felt a little bleh, as though it couldn’t quite find the right setting in which to develop.

It’s not much of a story so therefore it wasn’t much of a role for Jim in this film. This one clip you see has him and his female companion acting out a role as medieval prince and princess. Unfortunately it’s not really convincing and comes off as kind of weird which essentially kills the entire scene. Jim is a great actor, but sometimes even the great ones can’t really save the scene if they aren’t given the right tools.

2. School for Scoundrels as a classmate

Jim was really more of a bystander in this film but the fact remains he was there. Not every role he’s taken has been the biggest one, but if you look back on them now you tend to realize that his ascension in the ranks of Hollywood was kind of a quiet one all the way up to his role as Sheldon. It’s almost like he had to gain a head of steam before he really found his ideal character.

Geez he sounds young in this film. He’s no less of a nerd but he’s a nerd in a suit of armor. Needless to say that he’s not a well-liked by Mark, but is at least on friendly terms with Andrew. Anyone that can rock that suit of armor though and remain standing for any period of time can already be deemed an impressive character.

Jim Parsons seems to still be on his way up the Hollywood ladder, but at least now you get an idea of where he started and where he might be going.