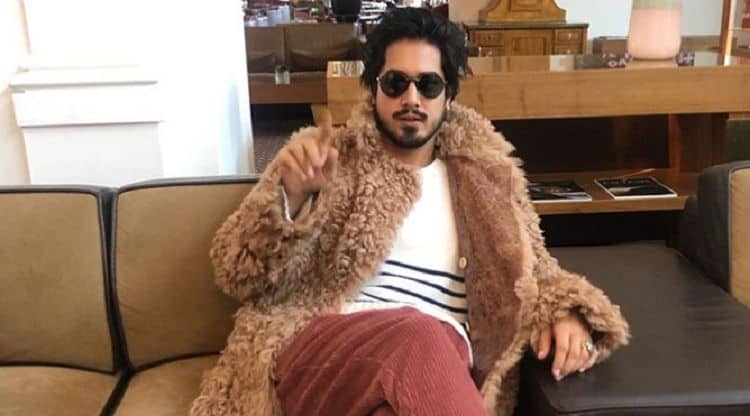 Avan Jogia is a Canadian actor who was born in Vancouver, British Colombia, on February 9, 1992. He is also a director and an activist. He first became a prominent figure in 2006 when he portrayed Danny Araujo in ‘A Girl Like Me: The Gwen Araujo Story’. He is also well-known for playing Danny Desai in the television series ‘Twisted’ and for playing Beck Oliver in ‘Victorious, a Nickelodeon sitcom. The actor, who is a dual citizen of Canada and the United Kingdom, moved to the United States during his teens. It was at this stage in his life that Jogia began getting small roles in television. Here are five more facts about Avan Jogia that you might not already know.

Jogia is a fan of body art and has several tattoos. These include tattoos on his chest, his lower arm, his lower leg, his upper leg, his shoulder, and his back. One of the tattoos reads’ “buy the ticket, take the train”. This is a quote from Hunter S. Thompson, Jogia’s favorite writer.

2. He Co-Founded ‘Straight But Not Narrow’ (SBNN)

In 2011, Jagio co-founded the online charity, ‘Straight But Not Narrow’ (SBNN). With Andre Pochon and Heather Wilk. Actor Josh Hutcherson also supports this charity. SBNN is a non-profit organization that aims to support the lesbian, gay, bisexual and transgender (LGBT) community. The work of the charity focuses predominantly on raising awareness and changing attitudes of young people. Avan Jagio has said many times that acceptance of and equality for the LGBT community is something that he feels very passionate about.

3. He is Musically Talented

Although he is best-known for his talents as an actor, Avan also has many other talents. One of these is that he is musically gifted. Just some of the instruments he can play are the guitar, the piano, and the accordion. While at high school, he was a member of a punk band. His favorite musicians and bands include Rolling Stones and Iggy Pop.

Avan Jogia is now well-established as an actor and has many future projects already lined up. The young actor says that it was Al Pacino who inspired him to take this career path. When Jogia watched Pacino perform in ‘Panic in Needle Park’, he realized that he wanted to emulate Pacino’s success by becoming an actor himself. Jogia has also said that British actor Tim Curry was an inspiration for him, especially when Curry played Long John Silver in ‘Muppet Treasure Island’, the 1996 musical comedy.

5. Avan Has a Rich Cultural Heritage

Jogia has a diverse cultural background. His father is originally from India but immigrated to Canada. His mother has Irish, Welsh, French and German roots. In addition to speaking English, he can also speak French and Gujarati. Due to his diverse cultural background, he has practiced more than one religion in his life. While his roots are in Hinduism, he chose to practice Buddhism for a short period in his life. He has described himself as being spiritual.