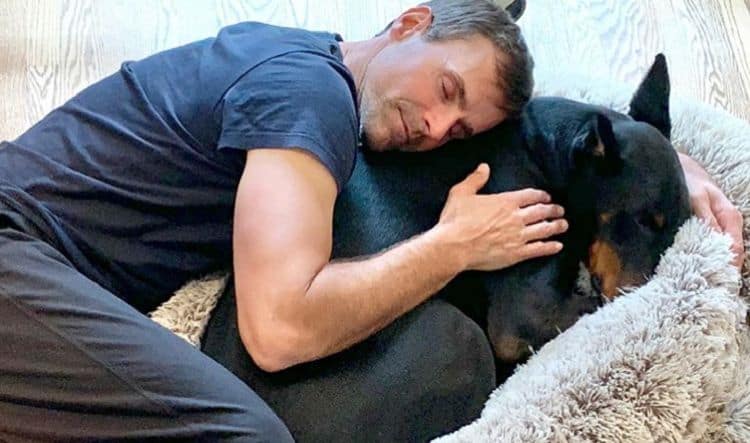 Viewers often do not realize that the individuals hosting their favorite entertainment shows are talented performers in their own right. For instance, many people love tuning in to watch Cameron Mathison as a popular correspondent, but many forget that he is a highly accomplished actor.

Mathison earned tremendous popularity and critical acclaim for his work on All My Children. As Ryan Laverly, Mathison was nominated for several awards and received a great deal of fame. While he is known to thousands of people around the world, many fans do not realize how versatile and interesting he is. Here are five of the most interesting facts about the incredibly gifted Cameron Mathison.

Mathison has had an incredibly successful career on television that dates back to the 1990s. It is no surprise, then, that he has earned himself a considerable fortune. In 2017, his net worth is estimated to be around $2 million. This impressive sum has been earned largely through his acting work, although he has certainly made a considerable income through his correspondence work as well.

The Canadian-born Mathison may be a staple of entertainment shows on television, but he has the intelligence to succeed in just about any field. In fact, he did not pursue a career in show business until after graduating from university. After high school, he went on to study engineering at the prestigious McGill University in Montreal. He graduated in 1993 with a degree in civil engineering.

3. He does a great deal of charity workÂ

Not only does Mathison have an incredibly busy schedule, but he is also completely submerged in the celebrity world thanks to his work as an entertainment correspondent. However, he somehow manages to stay grounded and remember what is most important in life. In fact, he serves on the board of governors for Love Our Children USA, a non-profit which aims to end violence against children.

2. He is a highly sought-after correspondent

1. He has overcome a great dealÂ

Mathison’s biography almost sounds fictitious. After all, he earned a degree from one of the most prestigious universities in Canada, then started modeling and quickly became one of the most popular actors on television, only to become a highly successful host and correspondent. However, he actually endured a great deal of hardship before realizing such success.

When he was a child, he was diagnosed with Legg-CalvÃ©-Perthes syndrome. This disorder left him in leg braces until he was 6 years old, as it severely damaged his hips. Luckily, he has overcome these struggles and forged an incredible career.

Cameron Mathison is a very prolific entertainer, appearing in highly popular series like All My Children and also working for entertainment shows like Good Morning America and Entertainment Tonight. In addition to acting and hosting, Mathison also holds a degree in civil engineering. Even more impressive, he managed to find such success after spending years struggling with a degenerative bone disorder. Clearly, there is simply nothing that can keep Mathison from entertaining viewers.