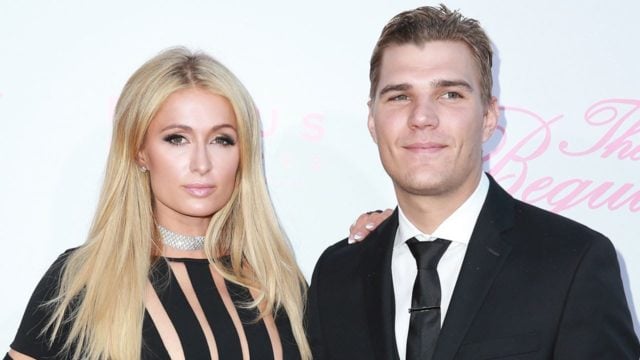 Chris Zylka is one of the more prominent actors today, especially following his three-season run on HBO’s drama The Leftovers. The show focused on the events following the unexplained disappearance of 140 million people at once, giving special attention to the cults that would be bound to arise after such an occurrence. Zylka played Tommy Garvey, a college drop-out who entered the service of a cult guru known as Holy Wayne.

The actor has also played in a few famous movies, including The Amazing Spider-Man, Dixieland, Shark Night, and Piranha 3DD. A few of his films received critical acclaim, putting this actor into the spotlight. However, a lot of news about him in the upcoming weeks will be related to his recent engagement to Paris Hilton. The pair were reportedly vacationing in Colorado when Chris dropped to one knee on a mountaintop, presenting a $2 million-dollar ring featuring a huge, pear-shaped diamond. He popped the question, and the celebutante readily agreed to marry him. It’s not surprising after all the time these two spent gushing over one another in recent entertainment news.

Chris Zylka is an accomplished actor, with an incredible life story. Read on to learn more about Paris Hilton’s new fiancée in our article, Five Things You Didn’t Know about Chris Zylka.

He Met Paris at an Oscar Party

Paris Hilton and Chris Zylka originally met at an Oscar party held at the Chateau Marmont Hotel in Hollywood. This fateful meeting, which occurred seven years ago, was where the first spark in their relationship occurred. Though they were shy towards one another for most of the night, they ended the night laughing and shamelessly flirting – the first step towards the news they shared this January.

When Chris Zylka was still acting on The Leftovers, he received the script for the final episode of the show some time before it was shot. However, he wouldn’t read it until he actually started training to shoot his lines – he was such a huge fan of the show, that he didn’t want to spoil it for himself before absolutely necessary.

He Filmed a Birthday Scene…On His Birthday

During the shooting of The Leftovers, Zylka ended up acting out a birthday celebration for his on-screen persona, Tommy Garvey. The filming of this scene just so happened to be on Zylka’s actual birthday. If anything, it was a form of involuntary method acting. But Zylka didn’t mind – he loved shooting the show, even in lieu of his own birthday celebrations.

In his younger days, Zylka showed his penchant for art through spraying it up on the walls with a band of local kids. However, these days he prefers to use acrylics and oils to create beautiful paintings. If he ever does use spray paint, he no longer uses it on local walls.

He Started Out Homeless in LA

Chris Zylka first moved to Los Angeles after the death of his grandfather, who taught him about acting as a form of art. He decided he would like to try his hand at an acting career, and skipped town to come to L.A. He made it to the City of Angels with no job, no money, no place to stay, and no plan for the future. Chris started out sleeping in a 7-Eleven parking lot. He eventually got a restaurant job, and managed to make some friends so he could have a place to go at night. One day, he got his big break by pure chance. He was on his way to pick up his paycheck, when agent Jon Simmons asked him if he was an actor. He said he wasn’t, but he would like to be – and you know what happened after that.