Home
TV News
Five Things You Didn’t Know About “Hear Me, Love Me, See Me” 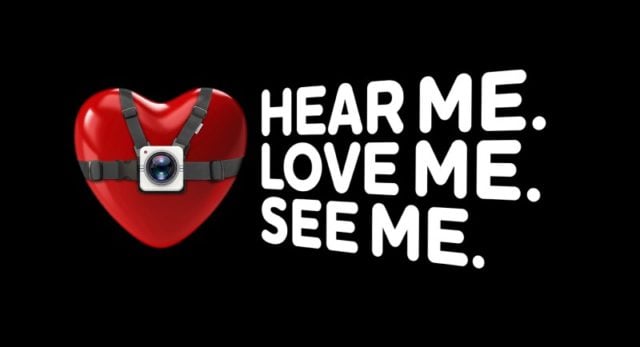 ‘Hear Me, Love Me, See Me’ is a TLC reality dating television series with a difference as a woman chooses a date before she has even met any of her three choices. A single woman has the opportunity to spend a day in the life of each of her three potential suitors via a camera before choosing a man based on their day. All three bachelors are revealed before it is announced which one she has chosen. The show premiered on TLC on March 4, 2018. Here are five things that you probably didn’t know about ‘Hear Me, Love Me, See Me’.

1. It is hosted by Christine Lakin

‘Hear Me, Love Me, See Me’ is hosted by Christine Lakin. She is an American actress who was born in Dallas, Texas, on January 25, 1979. Lakin began her career in the entertainment industry in 1990 and has established a successful career in both film and television. She is best-known for playing Joan of Arc in ‘Reefer Madness’ and Alicia ‘Al’ Lambert in ‘Step by Step’. She also provides the voice for Joyce Kinney in ‘Family Guy’.

2. There are Three Women Taking Part

This is a three-part series with each episode covering one single woman choosing between three men. The first of the women to take part in the series is 27-year-old Merissa who has a history of dating bad boys. The second woman looking for a love match is Kacey, 28. Her twin sister has already found the one while she is still single. Finally, Jade, 37 is feeling her biological clock ticking and wants to meet someone and start a family.

The woman can see what happens in the days of their potential date via the use of a body cam. The men are wearing POV cameras so that the woman can see what happens in their day via streaming technology. The three women involved in the show get to see every single aspect of their potential date’s day, from the places they visit to the way they interact with other people and the conversations that take place.

4. The Women Can Talk to the Men

Although the women cannot see the men as they are viewing their actions from the viewpoint of the man via the body cams, they do have the opportunity to speak to them. They can ask about what they are doing and find out a little more about their personalities. This allows the women to choose a man based on the connection they feel they had with them, their thoughts of the type of day the man had and whether they liked their personality traits, rather than choosing based on physical appearance.

5. There is a Date Between the Woman and the Chosen Man

All three men are revealed to the woman even though she has already chosen before meeting them. Once it is announced which of the men she has picked, the couple goes out on a date together. This date is also filmed so viewers have the opportunity to see whether the woman has made the right choice and if there is a connection between the two.