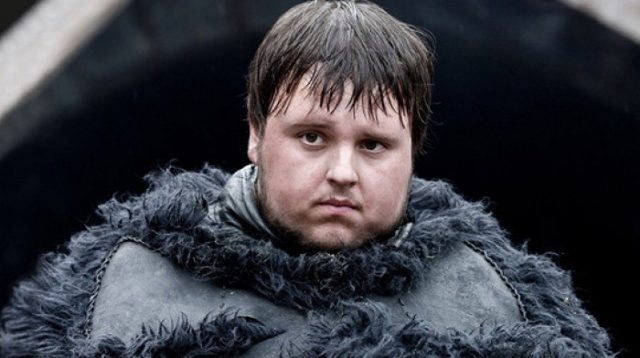 When it comes to original series on cable television, there is a long list of shows that are exciting and literally addictive, and one of the shows that are right there at the top of the list of these alluring productions is Game of Thrones. While many critics and fans fail to adequately explain the allure associated with the show, the numbers prove that it definitely exists. There are so many different characters that make up the complex maze of human engagement that one can lose track, but one character, Samwell Tarly, played by John Bradley-West, adds substantial authenticity to the show.

While Samwell Tarly’s character appears to be that of a cowardly unassuming individual, there is actually much underneath the surface, not unlike the person who plays this character, John Bradley-West. Here are five facts about John to give you a look inside of his world.

1. He Has a Passion for East Coast Rap

Now here is something that I can definitely roll with. John absolutely loves east coast rap. Yes, for those of you who are not akin to hip hop, there is a significant distinction in the formulation and delivery of rap lyrics and storytelling that vary based on geography. John is so into East Coast Rap that some say that is why he dropped the “West” from his name, seeing that he was born John Bradley-West! While that is likely not the case, it does make for an interesting segue into the discussion of his last name.

2. His Sister is Significantly Older Than Him

John only has one sibling, as a sister. However, the two did not experience what could be considered a normal sibling relationship, primarily due to the fact that his sister is significantly older than he is. She is 13 years his senior. It is rare to see this much distance between siblings. While a family may have one child that is 13 years older than another, there is usually other siblings in between to bridge the gap. So, basically, John was born with a built-in babysitter in the house.

If the fact that John absolutely loves hip hop wasn’t enough of an indicator of how he feels about music, let’s take things a bit further. It is not only hip hop that he has a passion for, although it does rate very high on the scale. John simply loves music. He even plays the drums, which must have made his parents and sister immensely happy when he was growing up. This fact is interesting because of the fact that his fellow Game of Thrones actor, Will Champion is the drummer for Cold Play.

4. He Was Still in School When He Landed the Role

Talking about being talented at a level that impresses the right people. When John landed his current role on Game of Thrones, he was still attending Manchester Metropolitan University, where he was studying theater. As it turns out, the Game of Thrones audition was the first audition he participating in. Now that is definitely what you call a jumpstart to your career. Now, how does he follow up something like this?

5. He Is a Natural When It Comes to Comedy

When you have good writers, which the GoT definitely has, almost anyone can come across as being funny with a little help, but John does not need any help. According to everyone on the set, he is a natural when it comes to comedy. He revealed that his instructors commended and criticized his proclivity to use comedy in his acting, even where it didn’t seem applicable, but now it is paying off handsomely.