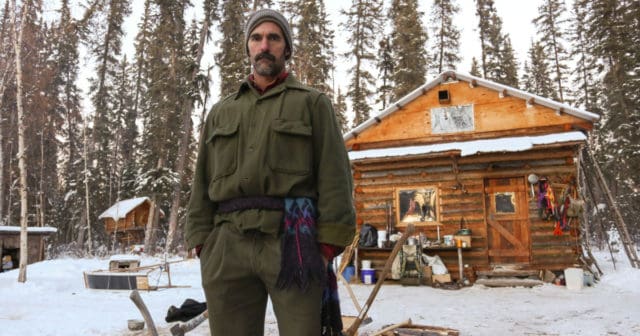 The Last Alaskans is a reality TV show about some of the last remaining human residents of the Arctic National Wildlife Refuge, which is the single biggest refuge of its kind that can be found in the whole of the United States. Unlike a lot of its competitors set in the same state, The Last Alaskans has received a fair amount of praise for being authentic, which is unsurprising when its powerful combination of fascinating people in a fascinating landscape means that it needs no staging to command interest.

For those who are interested in The Last Alaskans, here are five things that they may or may not have known about the reality TV show:

Heimo Korth has been a figure of note for some time. In brief, he came to the attention of the American public when his cousin Jim Campbell wrote The Final Frontiersman about him and his wife, which could not have happened without Korth’s sister convincing him to give their cousin a chance. Since that time, there has been a fair amount of interest in doing a show about Korth, which is why the show-makers of The Last Alaskan started by convincing him to sign on with the project. Once they did so, they found it much easier to convince others to sign up because of their trust in Korth.

2. Almost Didn’t Get Made

Conventional wisdom in the entertainment industries says that it is more efficient to stage things for reality TV shows so as to create dramatic situations that will bring in the viewers. This is a stark contrast to The Last Alaskans, which made use of the natural drama that arose in the course of its participants’ lives instead of forcing matters. As a result, it is no coincidence that it is so different from the other reality TV shows set in the state of Alaska. In fact, the show-makers had so much latitude when it came to their show-making that even some of them were surprised by their freedom of action.

3. The Show-Makers Let Their Cameras Run

The show-makers made an interesting choice to let their cameras run, meaning that they were willing to shoot for 10 minutes at a time as a standard practice rather than the 30 seconds that is much more common in the industry. There were two reasons for this choice. First, it eliminated pressure on the show-makers to capture something interesting during the short window of time when the camera would be rolling. Second, it increased their chances of capturing natural drama, which enabled them to tell the stories of the participants without imposing their own meanings upon them. With that said, this choice did create some complications of its own, with an excellent example being the enormous amount of resulting footage that had to be sifted through for the actual show-making.

4. The Show-Makers Had to Camp Out

Given the lack of infrastructure in the Arctic National Wildlife Refuge, it should come as no surprise to learn that the show-makers had to camp out. In fact, they were forbidden from using the participants’ cabins for the simple reason that their licenses forbade commercial use, though that requirements would have been waived had there been some sort of emergency that necessitated it. As a result, the people shooting the footage had to stay outside, though for the most part, their needs were met by professional outfitters.

5. Drones Were Used to Capture Some of the Footage

Drones saw a fair amount of use in shooting the footage for The Last Alaskans. First, this was because drones enabled the show-makers to capture footage from angles that would have been otherwise impossible. Second, the drones minimized their impact on the surrounding landscape, which was important because the eco-systems protected by the refuge are much more fragile than most people would expect.