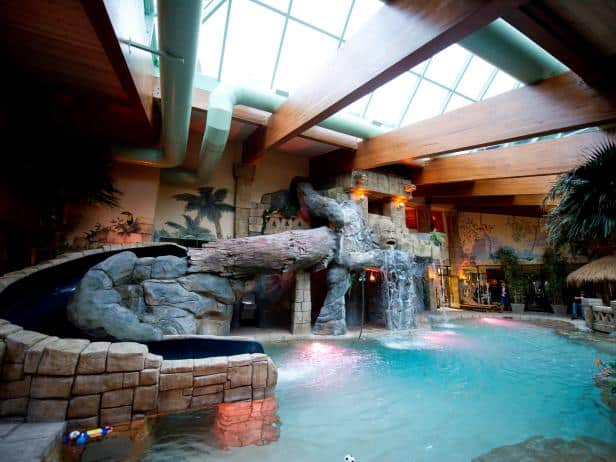 What would you do if you won a mega jackpot in the Lottery? The HGTV reality series “My Lottery Dream Home” shows you what the featured couples did as they searched for the perfect new homes. David Bromstad, the host of the show accompanies lottery winners and shows them the available real estate treasures that are within their new budgets. The show features some of the most extravagant mansions as well as investment properties that the newly rich couples are previewing. Here are five things that you didn’t know about “My Lottery Dream Home.”

1. The show has a tremendous appeal to blue collar families

The Lottery winners who appear on this television show are average people who just happened to have had some very good luck in their lives. Most of them know what it is to stick to a budget and live within their means. Viewers can relate to them because they are living a dream come true and it is a dream that many Americans have, but have not yet realized.

2. Fans are already calling for a follow-up series

Viewers are happy to give their opinions of and feedback on the show. While it’s great to see people from similar backgrounds get the dream home they’ve always wanted and more, it leaves fans wondering what happens after they get their home. They want to know more about how winning the Lottery has changed their lives. Are greedy relatives hanging around to get a handout? Are old friends coming out of the wood-work? This show could easily inspire a spin off series that deals with the aftermath of a big win.

The majority of the winners are thrilled with the magnificent homes that they tour, but we see a common thread in them all. When it comes to paying the asking price for the homes, they are hesitant. People who are used to living on a restricted budget have become so accustomed to watching what they spend that it’s difficult for them to truly believe that they can afford a luxurious home. David reminds them fairly often that their circumstances now allow them to make the expenditure. They can afford to buy the home of their dreams, but it’s obvious that it hasn’t quite fully sunk in yet.

Is it a coincidence that the new series premiered around the same time that the last month’s powerball hit a record high? We don’t think so. The series shows people that although the odds are against them, it’s possible to become a lucky winner of the Lottery.

5. The show is staged

The Lottery winners are real people from average backgrounds. They are in search of a dream home, but how much of what viewers see is staged and what events happen naturally. We don’t see them spending as much time on camera with the real estate agent as you would if you were seriously house hunting. Why is David there anyway? The explanation that he is there because he is hosting the new series. Take him out of the equation and the series would be even more reality based, but this is how television works. No worries though, it is still reality based even though certain scenes have been staged for the sake of television entertainment.