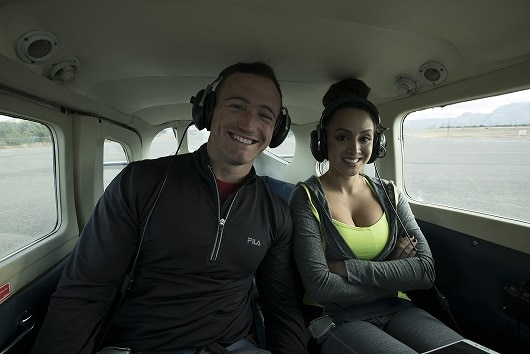 More and more it seems like hooking up with someone is becoming a hassle in the current social environment. That’s why shows like Love at First Flight seem to be gaining so much popularity since they’re a game of chance essentially that pits different people together in an effort to see whether or not they can get along long enough to decide if they are truly able to stand one another and perhaps form a relationship or are going to be forced to keep looking. And of course for America’s viewing pleasure their entire trip is documented and seen to focus on just how they get along and whether or not the chemist is right between them.

There have got to be easier ways to find a date.

5. The couples are paired together prior to taking their flight.

Professional matchmakers take those that apply for this show and try to pair them up based on what they claim to value, what kind of person they are, their interests, hobbies, and so on and so forth. This seems like it takes a lot of the risk and fun out of the dating scene since meeting people and just taking that chance occasionally is a part of life. But in this day and age people seem to want everything to be planned out.

4. Every person that is signed up for the show is said to be unlucky in love.

That seems to be an excuse really but it could be something that helps to gain viewers since hard luck cases are usually something that people want to watch no matter that it makes some of them feel guilty while others feel their pain. Quite honestly though being ‘unlucky in love’ usually means that something about the person needs to change. The whole idea that they’re just unlucky is usually a good indication that they have no clue on how to attract or keep a partner in their life.

3. By the end they have to decide if they want to get married or go their separate ways.

These shows that are supposed to propose marriage seem like they could be a reason for why the divorce rate in this country is so high. How in the world is anyone expected to just click with someone when there are cameras directed at them the entire time? Trying to gain actual feelings for someone you don’t know is difficult enough, but in such a short amount of time and while being broadcast to the world doesn’t seem like it would stir a lot of romance.

2. Each trip is going to be inundated with stressful challenges.

Relationships are built in part on how couples deal with stress and how they sort things out between themselves. This is a hallmark of any good and lasting relationship, but the kicker is that couples tend to STAY TOGETHER for a while before they really learn how to deal with stressful moments. The compatibility for these people had better be off the charts if they’re going to pass these challenges.

1. The couples are complete strangers before embarking on their flight.Â

In a sense it’s going to have to be attraction at first sight before the plane ever leaves the ground. If these folks can’t stand each other from the get-go then there’s no chance that much a romance is going to build in that short amount of time.

Again, there are SO MANY ways to get a date without resorting to something like this.