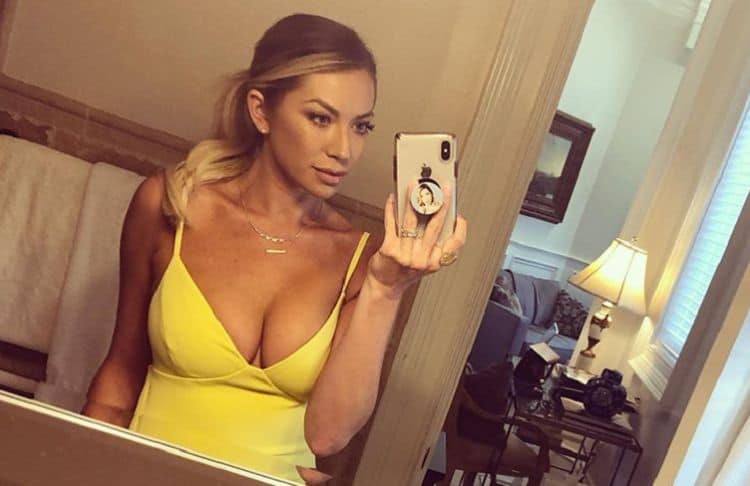 Stassi Schroeder was born on June 24 1988 in New Orleans, Louisiana as Nastassia Bianca Schroeder. She is an American fashion columnist, television personality and model. She is well known for acting in ‘Vanderpump Rules’, reality television series. She has three siblings, a younger sister and two younger brothers; Nikolai and Hunter. Her father, Mark is an architect. She is also niece to writer Roger Schroeder. Schroeder began her theater classes when she was 11 years at Mount Camel Academy. She relocated to Hollywood when she was 18 years and enrolled at Layola Marymount University and graduated with a Bachelor’s degree in English Writing 2010. For three years, she studied at NOCCA (New Orleans Centre for the Creative Arts); drama division.

Schroeder also studied under Jeff Phillips (producer, screenwriter and director) and for three years learnt the techniques of Michael Chekhov under actor Mark Krasnoff. Her family lost their home in New Orleans because of Hurricane Katrina. As a result, they were forced to put up with another family for several months while they rebuilt their home. Schroeder has Psoriasis and doesn’t use make up to cover it up. Though she admits the patches do make her feel ugly most of the time. She also loves ‘Scream Queens’ and her favourite character is Chanel Oberlin.

Here are facts you may not know about Stassi Schroeder:

Schroeder appeared on ‘The Amazing Race’; reality game show in 2005. She was accompanied by her father, stepmother Char and her brother Hunter. In 2008 while she was still schooling, Schroeder was featured on ‘Queen Bees’ television series. She also worked as a model for many years after graduating and made an appearance in magazines like ‘US Weekly, 944 and Italian Vanity Fair’. In 2010, Schroeder began working at Lisa Vanderpump’s restaurants Villa Blanca and SUR earning her a spot on ‘Vanderpump Rules’ reality television series in 2013.

Her Mother Owns a Jewelry Line

Schroeder’s mum, Dayne Schroeder owns Goergi Jules and designs her own pieces. Her mother has been designing jewelry since 1998. Many of her designs are usually seen on ‘Vanderpump Rules’ worn by Doute, Schroeder and Maloney. It’s also believed that Schroeder’s mother used to take her to Venice to collect material for different designs.

Some Bravo Celebrities Are Her Friends

Schroeder’s ‘Vanderpump Rules’ cast mates aren’t her only friends. She also hangs out with Caroline Stanbury of ‘Ladies of London’ and Shep Rose of ‘Southern Charm’.

She hosts ‘Straight Up With Stassi’ when she is not starring on ‘Vanderpump Rules’. Schroeder conducts interviews on the show. Among the people she has interviewed include Jax Taylor (her ex), Chad Johnson and Olivia Caridi (Bachelor Nation All Stars) and Rachel Zoe.

Patrick Meagher hosts ‘Cocktails With Patrick’ and ‘The Wrap’. The two met on Twitter after Schroeder made the first move. They were in a long distance relationship until when Schroeder came to New York City in order to be with Patrick. They later relocated to Los Angeles due to business opportunities.