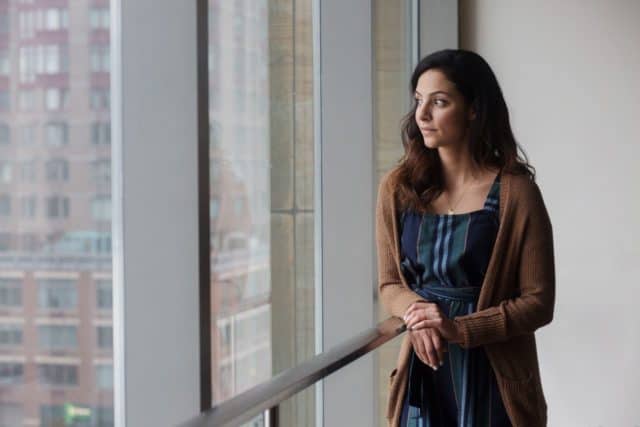 Tala Ashe is an Iranian-American actress who has appeared in a number of TV shows over the course of her career so far. In recent times, she should be best-known to most people because of her upcoming role in Legends of Tomorrow, where she will be playing a Muslim-American superhero named Zari.

Here are five things that you may or may not have known about Tala Ashe:

Ashe was born in Iran in July of 1984. As a result, when she was growing up, her status as a Muslim-American had a fair amount of influence over her experiences. For example, Ashe commented on how there was no one who looked like her when she was watching TV as a child, which she contrasted with the current state of TV. After all, while modern TV is still far from being perfect, it is clear that it has made a fair amount of progress since that time.

Debuted in Waiting in Beijing

Her first role seems to have been in a movie called Waiting in Beijing, which came out in 2008. In it, she played a character named Nadia, who was the Iraqi girlfriend of the main character George. With that said, the narrative starts moving into motion when her character is killed because of the Iraqi War, with the result that George is hospitalized, where he is approached by another character named Judy.

Has Appeared in Two Law & Order Series So Far

Was In a Soap Opera

To be exact, Ashe appeared as Ameera Ali Aziz in 26 episodes of a soap opera called As the World Turns, which started up in 1956 and continued running until 2010. Said soap opera was centered around the personal relationships of families headed by legal professionals as well as medical professionals, which was something that became popular with other soap operas as well. It is interesting to note that As the World Turns became known for its relative conservatism over time, which was caused in part by the content policies of Procter & Gamble Productions that served as its sponsor.

Her Character Is Inspired By a Number of Sources

It is interesting to note that Ashe’s character on Legends of Tomorrow was inspired by a number of things. For example, there was the recent election of Donald Trump to the position of President of the United States. Furthermore, the executive producer Marc Guggenheim talked about having been inspired by his sister-in-law’s experiences with being a Muslim-American woman in the present. Finally, Guggenheim made an interesting comment that suggested a connection between the current popularity of superhero media and a perception that we are being let down by our real life heroes, which is a topic that could be discussed at length.