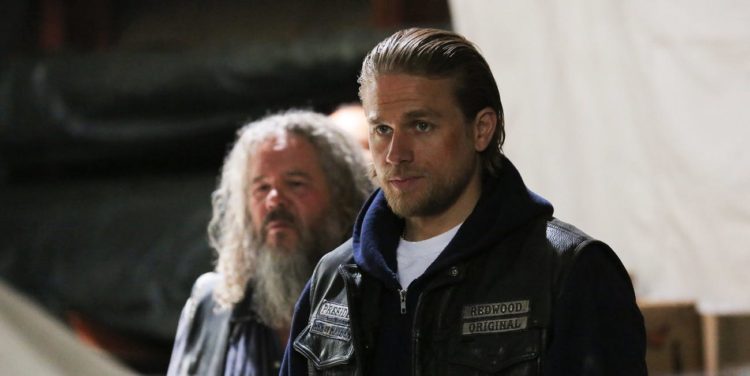 It’s hard to think that anyone can get anything wrong about anything in the movies and TV when it comes to the current era since there’s plenty of research that can help with the accuracy of a project. But there are those times when things are changed and modified in order to make the movie or show look more appealing and not drive off viewers due to one thing or another. But then again, there are a lot of irritating missteps that shows take largely because they don’t adhere to the reality that they’re trying to push. Those that are making pure fantasy are easier to forgive a lot of times since they’re not going for the realistic feel of something. With biker gangs though, which in reality make up a very low percentage of total bikers throughout the world, there are plenty of things that a lot of shows and movies get wrong that people tend to point out. Whether it’s done on purpose or because the filmmaker couldn’t be bothered to get it right is hard to say but there are moments that are easily researched that tend to irritate a lot of people since they might come out a lot better if they were shown in a much more realistic manner.

Here are just a few things that movies and TV get wrong about biker gangs.

5. Life in an MC is actually kind of boring at times.

Things aren’t quite as exciting as Sons of Anarchy or even Wild Hogs would make it appear since there’s a lot that goes on in an MC that doesn’t involve any pulse-pounding action or over the top drama. In a way, they’re just as much work as anything since there are things that need to be done, money that needs to be earned to keep moving forward, and lives that need to be lived in a certain way to keep up the appearance and the function of the MC. In a gang, there might be a little more danger and just as much questionable behavior, but I’ll get to that in the next point. Otherwise, life in the MC has been described as being just as boring as life anywhere else since there’s always something that needs to be done.

4. Real biker gangs don’t broadcast the violence that might occur.

There are instances when rival gangs have gone to war and when it’s spilled out of control. But often it sounds as though the reason for this is far worse than anything that’s seen on TV or in movies since in those instances it’s usually business or personal and not something that the rest of the world wouldn’t care about. Plus, the more violence a gang engages in, the more likely it is that the local authorities and possibly the FBI will step in depending on the severity. Biker gangs don’t want to draw attention to themselves that often, especially if they actually are involved in illicit activities.

3. There’s more emphasis on the bikes in the biker culture than is typically seen in the movies or TV.

Some of the movies and TV shows do get this right and try to focus on the bikes since this is the reason why a lot of bikers get into the life since their bike is a big part of their life. But in a lot of movies and shows what will happen is that the bikes are more or less one of the constants, but they’re not that important since they’ll be seen when the bikers need to go somewhere, but they won’t gain a lot more attention than that. One thing about bikers is that they will talk a lot about their bikes and if you try to talk to any of them it’s best to know what you’re talking about since otherwise, they might not have a lot of use for you.

2. Unfortunate as it appears, women don’t have that much pull in biker gangs.

Sons of Anarchy is a big reason why this point comes up since Gemma had quite a bit of pull in the MC and this just isn’t the case. Women might be given some things to do and might even gain the trust of the club, but a lot of times they’re not treated all that well and domestic abuse is rather normal. It’s not something to glamorize or even be proud of, but the fact is that in biker gangs women don’t have a lot of authority and are treated more like property than anything. This doesn’t really fly with the way a lot of people think, and putting it into the shows and movies isn’t something you’ll likely see that often, but it’s closer to reality.

1. The initiation process isn’t quite as painless as it’s been seen in pop culture.

It’s not possible to just walk into an MC and declare that you want to be a member. This has been covered a few ways over the years since one has to be accepted into their club and only then can they become a hanger-on, or a prospect. Even then things are only going to get harder since the club members might force the prospect to do a large number of degrading and demeaning things that no sane person would want to experience. The treatment of the prospects in the movies and on TV is tame by comparison.

It’s nice to see some shows and movies try to get things right.