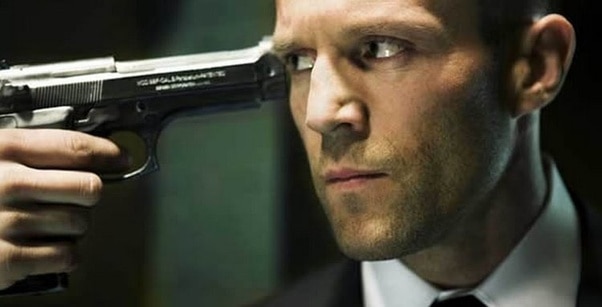 Movies are where we get to suspend belief, and where it’s absolutely necessary at times if we really want to enjoy what we’re seeing since in the real world, things just don’t work this way that often. Like it or not, people aren’t superhuman, they can’t run super fast, they don’t see that well underwater, and we can’t exactly gain access to the kind of abilities that would make us instant badasses that can fight our way through a running gallery of villains without a day or two of rest in between. Movies tend to get a lot of things wrong on purpose largely to provide the kind of entertainment we want to see right now so that we don’t feel the need to look elsewhere for our thrills. The only problem with the right here and now is that it ends up feeling rushed and in a lot of ways it’s horribly inaccurate. While realism and the movies don’t always need to coincide to be entertaining, there are glaring errors that tend to irritate some people simply because they’re so blatant that it’s hard to ignore them. Some of us might not care, but upon looking at these missteps once again it’s a bit too easy to laugh and realize that the cynics are right.

Here are just a few things from the multitude of mistakes that the movies make.

5. The human body is not that resilient.

How many movies have we seen where the hero and even the villain can take an ungodly amount of punishment and still keep going? The terminator is one thing, as are any other machine-based villains, but a regular human body isn’t going to be functioning too well after leaping off a building, slamming through a wall, or taking any kind of massive damage that can cause internal trauma. This is where fantasy steps in and takes over since the moment that a body collides with something hard or unyielding it’s more likely that the individual will simply lie there and need medical assistance, as it would take a massive surge of adrenaline that might do more damage than good if it was taken to revive the individual. When you’re hit with substantial force, the average human body will react with more than an ‘ouch’ and won’t be likely to head back into the fight.

4. Predatory animals are generally not so loud.

This quality definitely gives a predator a bigger stage presence and makes them more imposing, but it’s not a survival trait that has been practiced throughout the years since predators that want to survive are usually predators that don’t make a lot of noise. Giving out the kind of ear-splitting roars that we’ve heard on the big screen is a show of dominance and can definitely be used as an intimidation tactic, but not just for kicks. There’s no point for it when the predator needs to eat, since giving their prey advance notice would be more than a little foolish. Plus, a lot of predators don’t sound quite as fearsome as they do in the movies.

When you see a silencer at work in the movies all you hear is the sudden puff of air and a small sound being emitted, but it doesn’t really work that way. Anyone that’s seen how a silencer works knows that there’s more of a noise than what the movies will show you, and that a gunshot isn’t silenced that easily. It makes for a nice effect since it does allow a person to wander about an enemy complex, picking off bad guys left and right without drawing too much attention. The worst cases are when automatic weapons with rapid fire are given silencers and the idea that multiple shots will be silenced in such a manner is pushed.

2. It’s not that possible to cross a crowded city in such a short time.

Be it Los Angels, New York, or some other heavily crowded city in the movies, the heroes or the villains always appear to find a way to cross town in a very short amount of time, and that’s just not possible. Getting that many people to move isn’t even entirely possible for police, who have the right to order people to the side of the road when they’re on a call. In a crowded city however this is not going to happen when someone snaps their fingers since that many people being told to move at once is going to have the effect of actually making some people so irate that they’ll refuse to move, or take their sweet time doing so.

1. Dodging bullets is not that possible.

When the villain has the hero dead to rights, has the kind of distance that’s impossible to cross in an instant, or the hero has the villain in the same predicament, we’ve seen people miss quite often since that’s just how the story goes. How many movie heroes should be dead at this point and aren’t simply because the villain is acting out their role by taking too much time, detailing their plan like a moron, or just gloating that they got the drop on the hero?

It does happen on purpose, but sometimes the movies make it a bit too obvious, even for the most gullible among the audience.