Home
Flaked
Flaked Struggles Early On to Find its Voice 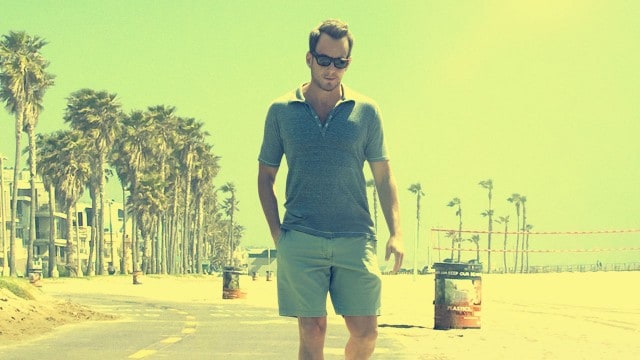 (this review covers the first four episodes of Netflix’sÂ Flaked. A review of the entire first season will publish on Wednesday)

There’s something veryÂ Knight of Cups-ish about the first four episodes of Will Arnett and Mark Chappell’s new Netflix seriesÂ Flaked: the emotional tambor of both speak to the numbness that can form in the wake of great trauma, centered around pretentious, self-indulgent men stumbling their way towards enlightenment (or at least, stumbling towards what they think it might be). And like Malick’s divisive film,Â FlakedÂ challenges viewers to experience the deafening numbness protagonist Chip deals with each day, as he tries to run away from himself, stretching out the traditional running time of such a story, and weavingÂ a number of predictably-arranged ideas and charactersÂ into something that feels meaningful and shallow at the same time.

The biggest problem with FlakedÂ is it doesn’t really seem to know what it wants to say: it has ideas about human interaction and self-examination, but doesn’t really find intriguing ways to engage with these familiar ideas, told through the endlessly familiar point-of-view of a white guy approaching middle age, who refuses to recognize that he doesn’t have his sh*t together emotionally. Chip owns a stool shop (he only makes three-legged stools, not the show’s only attempt at obvious narrative metaphor), but never works and spends most of his time figuring out whether he wants to sleep with his ex-wife, his girlfriend, or London, the girl his friend (and sober buddy) Dennis is trying to date. Admittedly, not the most interesting material – and yet, there’s something veryÂ Enlightened-esque aboutÂ FlakedÂ and its attempts to tell a conventional “self-reinvention” story in a specific, unconventional style.

And that’s where my real internal struggle over whatÂ FlakedÂ is trying (or wants) to be comes to light: with such a subdued approach to comedy,Â FlakedÂ offers up genuinely funny and moving moments in his first four episodes, usually centered around Chip standing alone in his kitchen, or his interactions with London in “Springs”, the Kirstie Alley-featuring fourth episode, easily the best ofÂ Flaked‘s earliest offerings. But those moments are often buried under other, less meaningful sequences, mostly centered around depicting Chip as the usual a-hole who can’t pay his bills, treat a woman decently, or hold any segment of his life together in any kind of way.

WhereÂ FlakedÂ really suffers is making its characters compelling, which is frustrating, because it has some serious potential resting at its fingertips if it can figure out its main characters (which includes Heather Graham, who pops up to play Chip’s ex-wife) beyond their desires as sexual beings (and they really need to tone down Alley’s character if she comes back; the back story with her character and Dennis is beyond disturbing, and unsettling). Seeing Chip talk about his upcoming 10th anniversary of being sober (simply one of his many lies) is a window into that moment, one of the rare timesÂ FlakedÂ captures the despair of a man completely checked out on his own reality, unable to come to terms with his own shortcomings and find meaning in the world through the people around him. That existential struggle to find purpose beyond the narcissistic pleasures of sex and “helping” others get sober is a compelling elementÂ FlakedÂ could really build on; and yet, it gets so mired down in depicting Chip’s flaws, that it struggles to find room to develop anyone or anything around it.

FlakedÂ feels like a show with two fingertips on exactly what it wants to show and say, and eight fingers wildly flailing around trying to get a grip on everything. And in a crowded television landscape, a couple fleeting moments across two hours of content (two hours plus, thanks toÂ Flaked‘s extremely long episodes) isn’t really enough to capture an audience. There’s still plenty of opportunities (or at least, sheer running time) forÂ FlakedÂ to find itself, but too often it feels like Chip trying to ride his bike real slowly around Venice: it weaves and zags without much reason except to keep itself upright, without a lot of support elsewhere to define its path, or even the necessity of its existence beyond pure creative exercise.

Flaked has a handful of promising moments and images, but loses them under the shallow veneer of character and story it offers its leads.