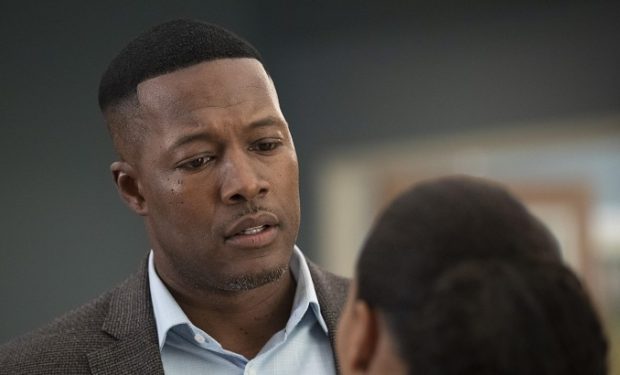 If you grew up during the early/mid 2000s, you probably remember Flex Alexander as Flex Washington, the fictional character from the sitcom One on One. As a single hilarious single father, Flex won the hearts of countless viewers and established himself as a seriously talented actor who also has very impressive comedic timing. Although the role wasn’t the first the time Flex played a main character in a show, it still served as a breakout opportunity for him in a lot of ways. Unfortunately, he hasn’t been able to recreate the success he had on One on One since the show ended in 2006. Continue reading for 10 things you didn’t know about Flex Alexander.

1. He Once Portrayed Michael Jackson

During the 2000s, everyone was so focused on Flex’s role on One on One that most people didn’t even realize that he played Michael Jackson in the 2004 TV movie, Man in the Mirror: The Michael Jackson Story. Unfortunately for Flex, his portrayal of Michael wasn’t exactly received and many people took is as a joke.

In the African American community, Greek letter organizations have become a big part of the culture. Unlike predominately white organizations, Black Greeks continue to actively participate in their fraternity/sorority long after college. Some people even pledge as alumni. Flex is a proud member of Phi Beta Sigma Fraternity Inc.

When Flex started his career, he probably never thought he’d become a cautionary tale about how poor money management. Even though he made a lot of money throughout the years, once One on One ended, he found himself struggling to keep up with his financial responsibilities. At one point, times got so hard that Flex had to borrow $350 from a friend just to be able to tax his wife out for their anniversary.

Acting eventually became what Flex is best-known for, but he started his career as a dancer. The name Flex actually comes from his flexibility as a dancer. He was discovered by Salt-n-Pepa’s DJ, DJ Spinderella, and he went on tour with the group for three years.

5. He Made His Acting Debut In Juice

If you pay close attention to the 1992 film, Juice, you’ll see that Flex made a brief appearance as a hopeful contestant in the DJing contest that Q (Omar Epps) was entering. That role marked his very first on screen appearance and by 1996 he had landed a starring role in the series Homeboys in Outer Space.

6. His Wife Is A Grammy Nominee

Flex has been married to Shanice Wilson since 2000 and the couple has two children together. At this point, most people know Shanice best as Flex’s wife and the co-star of their reality TV show. However, she had a very successful singing career of during the 90s. Her 1993 hit single, “I Love Your Smile” earned her a Grammy nomination for Best Female R&B Vocal Performance.

7. He’s Hoping For A One On One Reboot

Over the last few years, reboots of shows from the 90s and 2000s have become more and more popular. Flex is hoping that One on One will be one of the next shows to make its way back on the air. He has been very vocal about wanting a reboot, but unfortunately nothing official has ever been announced.

8. He Was A Stand Up Comedian

Flex’s comedic timing on One on One wasn’t just a coincidence. He was actually a stand up comedian for a few years at the beginning of his career. He even did Def Jam in the early 90s. Unlike many other comedians, Flex has mostly performed clean material.

9. He’s A Believer In The Power Of Prayer

Flex’s faith in God is one of the main things that brought him through the difficult times in his life. He has always been the type of person to turn to God for answers and he believes that prayer is a helpful tool. Not only does he spend a lot of time praying for himself and his family, but he also asks that his fans keep him in their prayers.

10. He Grew Up In A Rough Environment

Flex was born and raised in New York City, and things weren’t always easy for him. During an interview he said that the biggest challenge he’s had to overcome was “Surviving a household that was drug-filled, with drug addiction and the selling of dope’ seeing friends die’ having a gun put to my head’ making it through all that and God still saw fit for me to be here.”