Home
Friends
Friends: The One That Resembled a Full House Episode 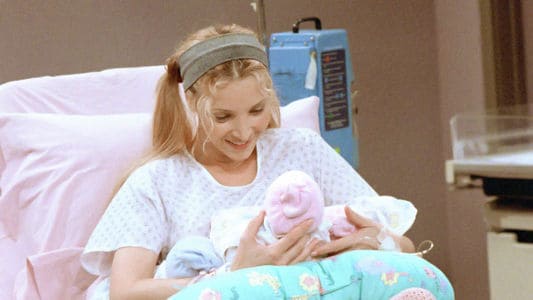 FriendsÂ is and always will be my favorite TV show. Today marks a very special day for fans of the NBC sitcom. 13 years ago,Â FriendsÂ aired its final episode and had 52 million people in tears as they said goodbye to Monica, Joey, Phoebe, Ross, Chandler, and Rachel. Over the years, the number of fans for the series continues to grow with it airing inÂ reruns on channels like Nick at Nite and TBS. When watching an episode not that long ago (one that I have watched 50 times already), I came to a startling realization. The episode closely resembled oneÂ of another cult favorite: Full House.Â Here is some information that may surprise you about theÂ FriendsÂ episode that should have been titled: The One That Resembled a Full House Episode.

Most television series that survive five seasons (it almost isn’t plausible in this day and age) will celebrate a milestone. The show will air its 100th episode. That is the case for the Friends episode being discussed today. ItÂ is entitledÂ “The One Hundredth” and focuses on the birth of Phoebe’s brother’s triplets. In season five, Becky also gives birth in an episode called “Happy Birthday, Babies: Part 2.” This milestoneÂ is 103 forÂ Full HouseÂ and the similarities between the two episodes is uncanny.

Phoebe was able to be the surrogate for her brother Frank and his wife Alice as they tried to conceive a baby and were unable. Who knew that when Phoebe unannounced that she was pregnant that a few episodes later on FriendsÂ she would be able to reveal that she was having triplets? Becky also would be welcoming more than one baby into the world in the Full HouseÂ episode. She would give birth to Nicky and Alex.

The gang rushes Phoebe to the hospital on this episode of Friends.Â Once they arrive, Joey begins to have pain which everyone believes to be sympathy pains. Turns out, Joey is suffering from kidney stones and must pass them with Ross by his side. This is very similar to what happened onÂ Full House.Â When Jesse and Rebecca arrive, Jesse starts to feel some pain in his side. He ends up having his appendix removed as Becky gives birth to their twins. Here how the events unfold on both series:

Flashback to Other TV Series

One of the many jokes on this episode ofÂ FriendsÂ is the doctor’s infatuation with Fonzie fromÂ Happy Days.Â He even goes as far as turning on the TV to tune intoÂ the classic series while Phoebe gives birth. The gang tries to find the other doctor, which Phoebe describes him as Doogie Howser. If you watchedÂ theÂ Full HouseÂ clip above, there is even a mention to the young TV Doc on their too!Â TheÂ Full HouseÂ episode pays homage toÂ The Flintstones.Â It is the theme for Michelle’s birthday party.

Do you like the episode ofÂ FriendsÂ orÂ Full HouseÂ more? Let us know in the comments section below.