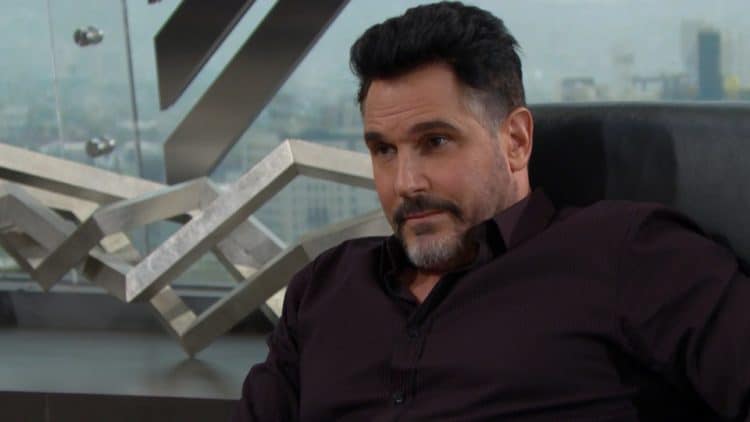 Bold and the Beautiful fans love when Don Diamont is one of the main characters on the show in that he is on the screen all the time. Since not one of the main story lines right now is following him so much as it is following the others he’s involved with, he’s been on the air a little less than usual. It happens all the time. Every character gets their time to spend less time at work and more time in their personal lives throughout the year when the arcs aren’t all about them, and it’s all about balance. Right now, Bill Spencer is not one of the main issues on the show, so we don’t get to see as much of him as we might like. He’s still there regularly, but we don’t get as much of him. So, we thought we might point out a few fun things about the man behind Bill Spencer tha you didn’t already know and that you might find really fun.

He is Not A DIamont

Did you know this about him? He was not born Don Diamont. In fact, he was born Donald Feinberg. Of course, that is not a name that really screams television star. It sounds like a plumber or a man who does your taxes, though we aren’t knocking either profession given that we need both or we’d be lost as people in the world we live in. His name wasn’t one that rang true to a famous person, so he decided to create his own stage name. Don is a little more streamlined than Donald, and Diamont sounds a lot more elegant and sophisticated than Feinberg. He’s not the first, last, or only man in LA to do this with his name. As it happens, many of the most famous people in Hollywood change their last name and their first names a bit to make them sound a little more intriguing. His agent told him that his name was not “rhythmical,” but he’s said more than one time that his actual name is a bit more Jewish than his agent wanted him to sound. So, he began using his mother’s maiden name.

He’s Been Around the Soap Block

We all know and love him as Bill Spencer, but you know as well as we do that this is not the only role he has had in the soap industry over the years. He was also on Days of Our Lives for a short time playing the role of Carlos Forenza. In fact, this was his first ever major acting role after he decided to go from modeling to the world of acting. He did well, too, and that’s when he was signed to play a very major role on another CBS soap, Young and the Restless. He signed a long-term contract to play Brad Carlton. He spent many years here with this role, and it worked for him. Fans loved him. When he was done with this role and ready to move on, the network knew that they needed to keep him on board, and they created the role of Bill Spencer for him.

He’s a Fan of Long-Time Commitment

Don Diamont might not be the most successful in the marriage industry considering he is a divorced man, but he’s much better at it than his character. His character, Bill Spencer, is a man who might be married to one or two women in the same year, and sometimes more than once to one of those women. He’s not known around LA for being a one-woman man for more than a few weeks at a time, and we never know when he might decide he’s ready to take his mission to another woman. But, Don Diamont is not quite that man. He likes things a little more serious and a little more long-term in his personal life. He was married to his first wife, Rachel Braun, from 1994 to 2002. They were together for a while before they got married, too. They also share four children from over the years that they were together and married. He married his second wife, Cindy Ambuehl, after being together many, many years back in 2012. They’re still married, still happy, and still living their best lives.