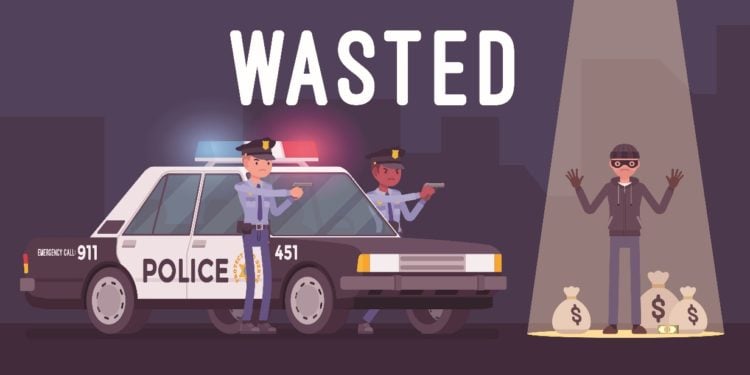 We all secretly love the bad guy — the one who always had the fun and broke all the rules. Just look at all the books and films that make idols of criminals — from The Godfather to Bonnie and Clyde, the list is endless. So ever since the video games explosion of the late 1990s, we’ve seen bad guys cropping up here, too. Gaming developers know it’s a narrative we can’t resist, and the statistics speak for themselves. The Grand Theft Auto series has become the biggest selling title in the genre with over 250 million units sold since it started in 1997. The only games with bigger sales were Nintendo’s Mario and PokÃ©mon franchises, and Tetris. So what are the best gangster video games, and which successful games are most representative of the genre? Below are five, in no particular order, that we think are right up there with the best.

The game that defined the gangster genre when it launched in 1997, and continues to set the tone. Developed by the British-based Rockstar North, there have been five iterations of this massively popular gaming franchise (GTA V arrived in 2013) and eleven standalone games and four expansion packs.

Everyone has their favourite version, but we’ve picked GTA IV. OK, so it got into trouble for the ability to choose drink and drive as a playable event, but we like the story. The main character is Niko Bellic who, as an ex-war veteran who has left Europe to begin a new life in Liberty City. Things don’t go as planned — it all ends up in crime which brings him money and influence and into conflict with the existing gangs in the city.

Based on real events of the rapper 50 Cent, who was attacked during an ambush and shot nine times. In this game, he survives his injuries and seeks vengeance. If you’re a rap fan, then you’ll love the inclusion of Tony Yayo, Yong Buck and Lloyd Banks as part of 50’s gang. There are also characters with likenesses of Eminem and Dr. Dre — and the backing music is top end, and even alone it’s probably worth the money. The inevitable fights lead 50 into the drug world of New York where he also uncovers an international conspiracy. Guns are the name of the game with 50 Cent — specifically pistols, rifles, submachine guns and shotguns.

Originally launched in 2006, the ‘2’ version of Saints Row came out in 2008 and was hailed as the first multiplatform game. There have been subsequent editions (‘The Third’, IV, and ‘Gat out of Hell’) but ‘2’ is our favourite. The ability of the player to completely customize the character at the outset by fitness, ethnicity or even face, and the freedom with which players can move around the open world, is brilliant. Players can even tune their vehicles in chop-shops and use a personal garage to store customized vehicles. Like all gangster-themed games, the plot revolves around the objective of trying to overthrow rival gangs. In this case, the city of Stilwater is modelled on Chicago, Detroit, Cleveland and Baltimore, and the main protagonist of the game joins a group called the 3rd Street Saints Gang.

The weapons in Saints Row 2 are largely the same hand guns as in the original version — but there’s also the option of using laser-guided rocket launchers and chainsaws, so lots of scintillating shoot-em-up action is guaranteed.

A game that comes from a story written by the pen of Paul Jenkins (who wrote The Incredible Hulk and Wolverine) has got to be worth playing. It revolves around Jackie Estacado who, having killed the men he blamed for the death of his girlfriend, finds himself a marked man. Estacado’s special power is the Darkness, which he unleashes again when an attempt on his life fails.

In the game, players are equipped with extra arms known as the tendrils of Darkness, which are headed with fearsome toothed beasts. These can be used to handle extra weapons or even throw items at assailants — and you have to shoot your way through the game to escape. Shot in the film noir style, The Darkness is intense with brilliantly spectacular graphics.

Centred in Hong Kong, the game challenges you, the undercover cop called Wei Shen, with taking down the Triads — the famous gangsters of them all. You work your way up in the organisation by trying to keep your identity a secret and keeping loyal with your police badge. Working on both Police and Triad missions, your combat is always Kung-Fu, and you fight serial killers and drug dealers. Sleeping Dogs is a gamethat involves you earning different types of XP to unlock new skills, clothing and cars. As a testament to it appeal, in its first year, the game sold 1.5 million copies.

Gangster games have dominated the best-sellers in the video games market for over 20 years and there doesn’t seem to be any let up in the new games and updates of existing games. Hopefully, this little selection will remind you again just how much fun can be had when you’re feeling the need to unleash your risky side.