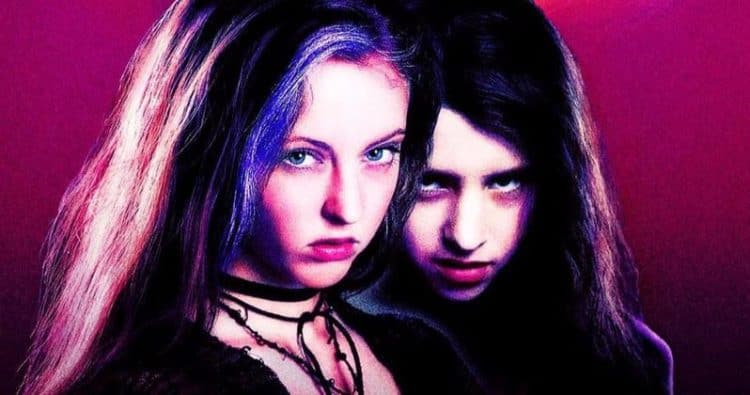 It’s been a while since a convincing werewolf story has been placed on TV, even if Teen Wolf fans might want to disagree. But Ginger Snaps, originally a movie back in 2000, appears to be getting the TV treatment at this point, but it’s not known yet if it will be a completely faithful reboot or something else. What a lot of fans remember of the movie is that Ginger and Brigitte were the kind of twisted antagonist and protagonist duo that wasn’t hard to accept since Brigitte wanted to help her sister while Ginger had fully embraced the idea of being a werewolf and possessing the kind of power that she held. It does feel as though such power would be a heady experience, but it would also be insanely destructive as well since unlike many vampire stories, werewolves aren’t always known for being the tidiest bunch and are usually renowned for their savagery and inability to control their urges to kill. Somehow this fits in just perfectly with the life of a young teenage girl as it appeared to inspire a lot of people to take this story as one of the more well-done horror flicks that came out two decades ago. The idea of turning into a TV show is about as odd as trying to make Teen Wolf into something entirely different, but then again, Riverdale became something far different from the Archie comics and people have responded in a very positive way, so maybe there’s something to this.

The only issue is that this series might have to extend the story a bit in order to really get that much out of it since fans should be able to remember that Ginger had died at the end of the original and that despite the fact that there were two sequels, there is still the idea that there is a definite end in a place that might have to be addressed. It’s enough to wonder though if the story couldn’t possibly cross timelines and go from the third movie to the first and back and forth in an effort to detail the lives of the sisters and how they’ve likely been reincarnated or are destined to play out the same existence over and over again. Such a story might be kind of interesting, to say the least, but it also feels as though it would need a great deal of refinement and polishing to really work on a level that many people would find entertaining and not worth picking apart in any obvious way. Of course, people are going to pick at just about anything until they get the feeling that it’s not worth their time or until they find the core of the story and thereby decide to enjoy it for what they’ve found.

It’s tough to really get people to go all-in on a werewolf story since the trouble tends to begin with whether or not to associate werewolves with other monsters or simply keep them on track to star in their own movie without any help. Then it becomes a matter of whether or not a creature that amounts to a giant canine can really carry the story, since like it or not, vampires, Frankenstein’s monster, and even other stories such as The Creature from the Black Lagoon and The Invisible Man tend to come with lessons in morality that don’t always factor into a werewolf story, since animalistic passion, desire, rage, wrath, and insatiable hunger are more likely to be showcased in such stories. There are quite a few people that would state that this makes it perfect for the emergence of a TV show as a means to show the struggles that come with being a teenage girl and how one feels as they’re growing up. If that’s the hook then the show’s already doomed, much as the movie was to obscurity since the movie didn’t make anywhere close to its budget and it’s been largely forgotten by many people at this time. If the TV series really wants to hook people in they’re going to have to focus on the story and the carnage that comes as a result of Ginger’s inability to look past the undeniable power and rage that comes with her transformation into a lycanthrope, since placing all hopes on the idea that this will be seen as another story to push for female empowerment of any kind is to state that there’s not a lot of faith that it can exist as a horror series in the first place. Some folks might want to claim otherwise, but the idea of ‘girl power’ in horror is better served when it comes to the female protagonists actually showing some initiative and being able to outsmart the killers. It’s not all about showing how a woman can survive because she’s a woman, and whatever else that comes with, since it’s way more impressive to think that a person can survive a horror movie by not making dumb mistakes and following poor decisions. THAT is impressive when it comes to horror.