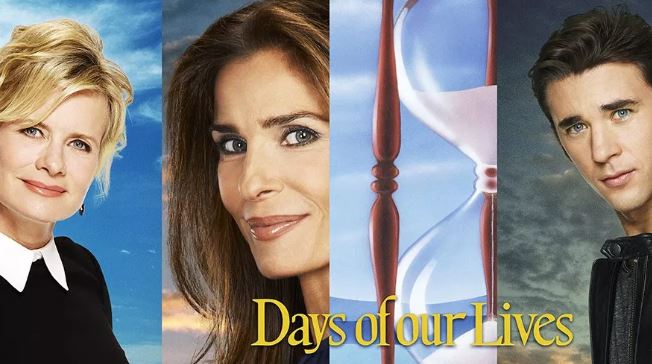 Days of Our Lives fans are accustomed to seeing the same famous faces every single day, but it’s easy to forget that the current cast of this hit soap is not the first, second, or even third full cast the show has had in more than five decades. It’s been a long time since this show aired, and it’s given some of the biggest stars in the world their start in the acting world. They might not all stay put on the show, but did you realize just how many famous faces from other shows, movies, and activities got their big start on this show?

You know him from his huge role in the hit primetime show “Supernatural,” but did you know he got his big break on Days? He was one of the many men who spent time portraying the role of Eric Brady on this hit show. He took on the role of Eric in 1997 and spent three years in the role. He was twin sister to Sami (who is also quite famous for various other reasons) and that’s how he became the man who plays such a heartthrob on evening television.

She’s famous for her role in “Pretty Little Liars,” and she got her start playing the role of Abigail Deveraux. Did you know that she ever had that role? As far as we remember, we know that it’s been Kate Mansi and Marci Miller for at least a decade, but it turns out that she had the role from 2004 until 2007. It wasn’t until “PLL” came on television that she became a household name, though. She’s one of the trendiest and most recognizable actresses in the business now, and it’s all because she took a chance to audition for this role when she had the opportunity. It helped her refine her work and become someone who could take on a primetime role and make it her own. She did well, and it’s never been something she’s regretted. She’s still so young, too, so she has an entire career ahead of her in the acting world — and she can take on so many things.

Do you just love “Scandal,” and “The Office,” and “Heroes,” and “Castle” and “The Vampire Diaries,” and so many other hit shows? Well, then you love Jack Coleman. Did you know, however, that this man who has been on almost every single one of our favorite primetime shows was a first time actor when he played the part of the Salem Strangler? That’s right. It was 1981 when he first began acting, and he took on the role of a total serial killer. That’s amazing, and he’s come so far. He’s had roles in so many shows, even if most of them are not major upfront main character type roles. He’s still a famous face who has done all of the things that you could ever do, and all that after working as a serial killer. And they say people don’t change.

We don’t even have to tell you who she is. Major motion picture star. Primetime comedy star. Major fashion icon. Mom, and wife to the most famous Ashton Kutcher. She’s a major movie star whose name is synonymous with success, and everyone knows who she is. She’s gorgeous, funny, talented, and way too famous for words. But did you have a clue she got her big start acting on Days of Our Lives? Well, she did. And what she did when she was on the show when she was only 11 was play the role of young Hope Williams. That’s right. She was Hope. Before Hope was Hope Brady and wife to Bo Brady, mom, fiancÃ©, cop; she was a little girl played by none other than Mila Kunis.

She wasn’t the real Hope as a little girl considering that Kristian Alfonso has had this role since 1983 (30+ years ago) as an adult, but she did have this moment in 1994 when she was a child actor and the show flashed back to a time when Hope was a child. It was Kunis who played her, and it was her jumping offpoint.