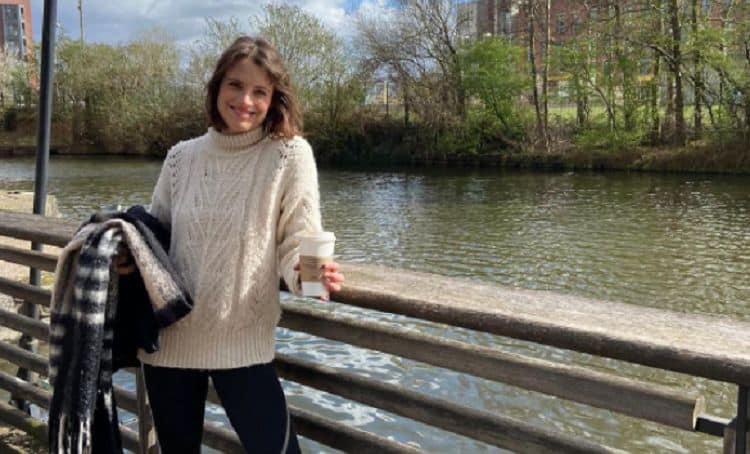 Breaking into the entertainment industry isn’t an easy thing to do. Staying in once you get a foot in the door is even harder. Still, Hannah Britland has managed to do both. Over the last 10 years, she has shown that she’s here to stay and her fans couldn’t be any happier about it. The talented actress has made nearly two dozen on-screen appearances, and she is most famous for her role in shows like Fresh Meat and Home and Away. No matter what kind of role she’s playing, Hannah brings a level of authenticity to the screen that viewers won’t soon forget. Although she’s yet to do a project in 2021, there’s a very good chance we’ll be seeing more of her soon. Here are 10 things you didn’t know about Hannah Britland.

1. Education Is Important To Her

Hannah is the kind of person who is always looking to expand her knowledge. She attended the Guildhall School of Music and Drama where she graduated in 2011. In the fall of 2020, she shared posts on Instagram revealing that she was in graduate school although she didn’t share what she was studying.

2. She Cried When Donald Trump Was Elected

Hannah was born and raised in England, but like many other people in the entertainment industry, she has spent a lot of time in the United States. As a result, she has become very invested in American politics and has made it clear that she leans more on the liberal side of things. Needless to say, she wasn’t a fan of former President Trump. During an interview with The Picture Journal, Hannah confessed that she had a bad feeling that Trump was going to win the 2016 election and she cried when the news was announced.

Acting is what has gotten most of Hannah’s attention over the years, but many of her fans don’t realize that she is also a very talented singer with a soprano vocal range. It doesn’t appear that Hannah has ever pursued music as a profession and we weren’t able to find any recordings of her singing.

The arts may be where Hannah earns her living, but she also has an interest in science. Hannah told The Picture Journal, “I’m fascinated by brain injuries and how they affect the personality. People can change so drastically and behaviors can be modified forever.”

As a creative person herself, Hannah also looks to the work of other creatives. One of the people whose work she enjoys the most is author John Steinbeck. Hannah really enjoys his style of writing and his ability to leave lasting impressions on readers. Steinbeck is best known for books like Of Mice and Men and The Grapes of Wrath.

Some people in the public eye are shy about using their voices, but not Hannah. She is serious about using her platform to show her support for the issues that are important to her. She is a dedicated Ally in the fight to end all forms of racism and she has repeatedly shared information with her followers.

There are some people who find dramatic roles more difficult to play than more light-hearted characters, but Hannah actually feels the opposite. Hannah told The Garstang Courier, “I find comedy much scarier than doing something emotional – I always think it’s harder to make people laugh than to make people cry.”

8. She Has A Rare Condition

When Hannah was born she was diagnosed with a condition called Ehlers-Danlos Syndrome. According to Healthline, “Ehlers-Danlos syndrome (EDS) is an inherited condition that affects the connective tissues in the body. Connective tissue is responsible for supporting and structuring the skin, blood vessels, bones, and organs. It’s made up of cells, fibrous material, and a protein called collagen.”

The screen isn’t the only place where Hannah knows how to work her magic. She has also done some theater work over the years. In fact, even as her on-screen career has taken off, she has continued to do some plays here or there. While we didn’t find any mention of which medium she prefers, there’s no doubt that having experience with both has helped her career.

10. She’s Grateful For All Of Her Fans

The importance of showing appreciation to fans is something that isn’t lost on Hannah. In an interview with Starry Magazine Hannah said, ” would like to thank anyone who has taken the time to message me or watch any show I have been in. I am so lucky to do a job that I love and the best part of that is making work that people enjoy. That’s what it it’s all about.”