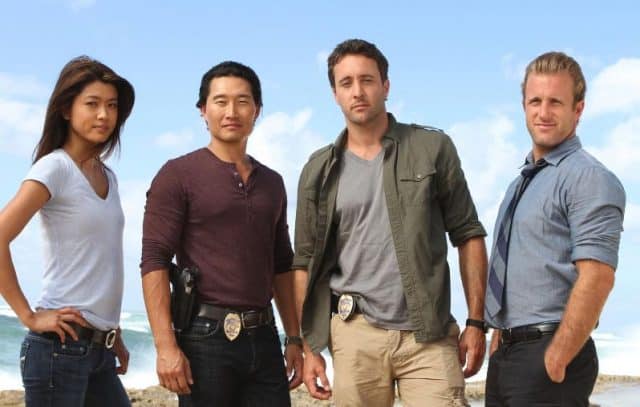 “Hawaii Five-O” which debuted in 1968, was unique in its departure from the gritty, gray settings of inner city cop shows. It featured exotic beaches, swank hotels, and hip shaking hula dancers. The catchphrase “Book ’em Dano” refers to Steve McGarrett’s direction to Danny Williams each episode once the crook was captured. The original series ended in 1980 after an impressive crime drama run that has only been outdone by “Law and Order”. Instead of ending up as just a quaint rerun on TV land, in 2010, a remake was born, and a plethora of fanfiction stories quickly followed.

In case you have never been on Live Journal or Archive of Our Own websites, fan fiction is a popular genre where writers post their own scenarios using characters and often loose plotlines from the actual show. “Twilight”, “Sherlock”, “Harry Potter” and other hit shows with loveable characters have all received the fan fiction treatment, for better or worse. Now, the “Hawaii Five-O” remake has inspired authors to start clicking the keyboard and turning out some of their own island style cop adventures. Like all fanfiction,some of it is brilliant and others so uniquely far-fetched that they merit distinction.

Here are some published works of Hawaii Five-O Fanfiction that are sure to entertain.

In Chapter One of the story “Gone” by “Real Life Joan Widler” Danny finds himself imprisoned in a mental hospital with no idea how he got there. All he remembers is a conversation, a plate of spaghetti and some flashing lights. He forces himself to look at his surroundings, although he has a funny feeling that he may never escape this small, sparsely furnished room. Sounds like it could be the backstory of many of the criminals he’s processed.

Fanfiction takes the liberty of turning the lead characters into intergalactic aliens, fawns, unicorns and even birds. In this entry “Take This Broken Wing” by “StBridget”, Danny is cleaning out gutters when he falls and spreads his wings to break his fall and hurts one of his fluffy appendages. After some snappy dialogue, Steve calls a vet to treat Danny. When Danny arrives home, Steve comforts him by building him a nest. Danny claims he is not a bird, but perhaps he’s a crime fighting avenging angel? Either way, the nest is a great idea and speaks volumes about their bromance, or romantic attachment-however you want to interpret it.

Gay relationships were hardly whispered about during the first show’s run, so who knew that Ben Kokua was in love with Danny who was in love with Steve, at least according to this fan fiction entitled “Smile” written by someone who uses the simple nom de plume of “Traw”. It’s a short piece, but it’s packed with angst and unrequited love among the lead characters of the old show. For those who are still crushing on Al Harrington as Ben, the dark, handsome fisherman turned criminal catcher, there are still stories that kick it old school with modern plotlines to suit your fancy.

If you’re bored with all those dark bars and sunny beaches, strap in for a trip to outer space in “Deep Blue” by “Spinner 333”. The Five-O force must contend with an omniscient creature called “Granny” plus a wider crime intergalactic wave but now have cooler toys like hovercraft and lasers to work with. One thing remains the same, the locals still seem surprised to meet Danny, the man with the thickest Jersey accident ever! Setting the scene on a wider scale gives the opportunity to introduce original characters and scenarios that would seem implausible on planet earth, but somehow here, they fit just fine. The imagery in this story is brilliant, including a speech about palm trees that will never let you look the same way at them again.

Taking a page from the “Sherlock” episode, and the original stories where everyone thought the great detective was dead, author “Softball34” throws fans a tearjerker with “A Death In the Family” featuring lots of bereavement angst within a mystery. Can Steve really be dead? Will Dano ever get over it? This piece, written through Danny’s point of view, delves deep into the Jersey boy’s psyche and his feelings toward his best friend. It even has the posthumous “last letter” telling his friend to forgive himself and carry on for the sake of the team. Though full of overdone tropes and overly sentimental introspective play by play, the piece is well written overall and does serve well for a “what if” scenario for fFive-O fans who want a reason to have a good cry.

When crime threatens a college campus, Danny must go undercover as a professor.”Charade” by “Cubit2” gives fan service to those who just want to drool over the prospect of actor Scott Caan in wire rim glasses and a tweed jacket. Danny wisely decides to use Rutgers instead of Princeton for his alma mater and heads into a classroom featuring old-fashioned chalkboards and wooden desks. This alone should be a portend that something is wrong. Soon Danny is crawling around the classroom floor with a knife planted in his back.Good thing that Danny’s nephew Eric, is a student there and just happens to stroll in at the right time to rescue his “Uncle D”. It’s supposed to be a high energy survival story but comes off more like a lampoon of “The Substitute” series of films starring Treat Williams. “Charade” rates as one of the best Hawaii Five-O amatuer offerings as it highly engrossing from a dark comedy angle.

A Fanfiction for Everyone

When Kono is taken as a hostage in the jungle, Steve must follow a deadly trail to find her. Clues surface, along with Steve’s feelings that he can no longer deny for his female team member. Don’t Run, Don’t Hide” by “Zebraboymom”, has the right combination of action and angst that makes a fanfiction For six meaty chapters, secrets are revealed and bonds are forged, making this a ‘must read” for connoisseurs of “Five-O” fanfiction.