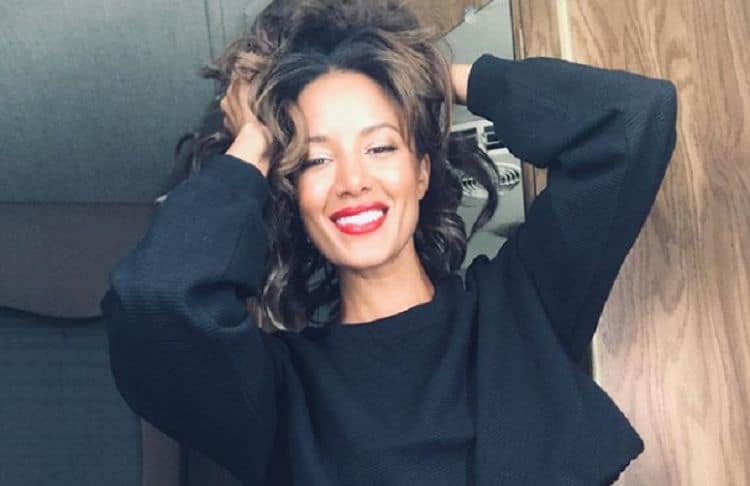 Watching actors on television made Heather Hemmens wish that she would be an actress too hence started pursuing the passion early. In junior high, she was not focused on achieving her dream, but after getting a full scholarship to a prestigious arts high school, Heather got serious with her studies. Before long, she got her big break with “Hellcats” and as a lead in Tyler Perry’s “If Loving You is Wrong.” Her career is on an upward trajectory since she also was cast in “Roswell, New Mexico,” and there is no slowing down for this 35-year-old. Below are ten more facts about Heather that highlight how she got to be where she is today.

1. Her first play was in fifth grade

Albert Einstein once said that it is the supreme art of a teacher to awaken the knowledge and creative expression, and Heather has her fifth-grade teacher to thank for her acting career today. When she was in fifth grade, the actress had a chance to participate in her first acting class, and years later, when her fifth grade teacher asked Heather about her future aspirations, acting came to mind. She recalled the extreme fun she had while in her acting class and settled for acting.

2. She has a black belt in Kuk Sool Won

Martial arts helped many actors like Chuck Norris, and Wesley Snipes in their careers, and Heather also hoped that her training would come in handy in “Roswell, New Mexico.” She trained in Kuk Sool Won, which she explains to be a form of Taekwondo, and received a black belt. The martial arts helped her to remain grounded and restrain herself in certain aspects of her life, but she does not practice it anymore. Heather instead opted to do yoga and meditation.

3. She believes music is the root of all creativity

As she told BriefTake, Heather comes from a musical family, and two of her brothers are musicians. She also has that musical gene in her because after high school, she was in a band in New Orleans. She still, therefore, uses music in her everyday life for the motivation of all her creative outlets, including painting or getting ready for a scene. Consequently, while on set, she was excited that she could relate to the 90s music because it was a throwback to her childhood.

4. The best advice she has ever been given

Of all the pearls of wisdom ever passed on to her, only one stands out to Heather. Someone advised to always go for the black belt in all that she does, and Heather has followed that advice literally hence the black belt in martial arts. Besides martial arts, the actress has applied the gem of wisdom to other areas of life, including her acting career.

5. She opines that entertainers must be multi-talented

Diversification, even in business, is paramount to cushioning yourself against hard times, and Heather understands this secret to survival in the industry. Therefore besides being an actress, by 2010, she had directed two films “Designated” and “Perils of An Active mind.” She believes every other entertainer must do the same, and since she hoped to be a renowned producer and director, she cited Steven Spielberg and Coen Brothers as the directors she admires most.

6. She would have been a cheerleader if she could go back in time

In “Hellcats,” Heather plays a great cheerleader, but it is not because she had any cheerleading experience in high school. She, however, had friends who were cheerleaders, and one of them taught her how to do cartwheels. Although Heather admired their skills in high school, as a cheerleader character, she learned to respect their craft. Besides with the new experience, Heather told Portland Monthly that if she could go back to high school, then she would join the cheerleading club. The actress believed it would have instilled more confidence in her and help her in seeking her identity.

7. Her fallback plan was teaching

Not everything falls into place as per our plans, and if Heather’s acting career had not taken off, her joy would be derived from teaching. Someone once said that a teacher, student, book, and pen could change the world, and Heather’s fifth-grade teacher shaped the course of the actress’s life. She disclosed that her teacher was and still is her mentor, and she would have loved to be just like her, influencing another generation of kids by molding their young minds.

8. She is not fluent in Spanish

Many Latino celebrities like Selena Gomez, Jessica Alba, and Carlos Pena Jr. did not learn Spanish growing up and had to turn to Rosetta Stone to learn their language. Similarly, Heather may be proud of her Latino heritage, but her Costa Rican mother did not have time to teach her children Spanish because she was busy learning English. People are, however, usually shocked to hear that she is Latino since her name does not give her away. Still, even though her father is African-America, she identifies as a Latino.

9. Her skin tone renders her versatility in characters

Heather remarked about how her skin tone is unidentifiable thus has worked in her favor. She is lucky that she can play both African-American and Latina characters. Moreover, she added that with the right makeup and hair, she could play almost every other ethnicity considering that she has also had Egyptian and Indian-American roles. While for Heather, it is her skin tone that gives her a lot of versatility, some white actors have been made to play other ethnicities hence accused of whitewashing. For instance, Jake Gyllenhaal played a Middle-Eastern prince in “Prince of Persia” and earned a lot of criticism.

10. She was raised without electricity

In this age of world-breaking advancements, especially in technology, you would be surprised to learn that there are areas in the US without power. That was the reality of Heather in her rural home in Maine; she had to watch television in the homes of childhood friends. She visits her home regularly and it still does not have electricity.