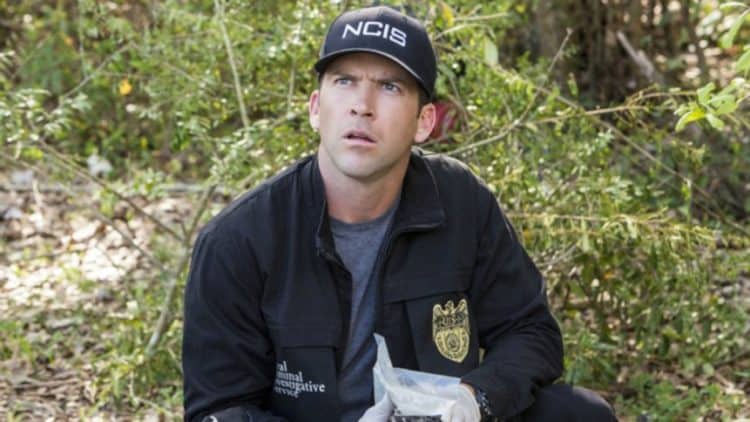 Lucas Black has been a fan favorite on NCIS: New Orleans for the last six years. Rumors have been flying for some time now that Black might be leaving the immensely popular franchise. As it turns out, the stories were true, but what really happened? Was he fired? Did he quit in a huff as some actors have done on other shows? (We’re looking at you MacGuyver reboot.) The truth, in this case, is actually much better news. Here’s why Lucas Black is leaving NCIS: New Orleans.

Warning: Spoilers Ahead! If you haven’t seen the latest episode, we’re about to give away more details of how Christopher LaSalle leaves the show!

Those were the final words of Christopher LaSalle. He didn’t just blurt them out at random. His brother Cade was murdered by members of a drug ring some time ago, and the most recent episode marked a culmination of a long term plot involving LaSalle’s hunt for vengeance, or at least justice for his dead brother. He found them, but things didn’t go the way he planned. In the course of his search for the monsters who killed Cade, Christopher traveled all the way to Alabama. While he was there, he met a woman named Sue-Anne Hughes, who was aiding his investigation and offered to show him where his brother died. She leads him to a cabin with a still-bloodstained floor. While he’s distracted with the mess, an armed man barges in intending to shoot Sue-Anne.

Being the honorable man he is, LaSalle pushes her out of the way at the last moment. He charges the gunman and ends up getting shot in his arm and stomach. Fortunately, Dwayne Pride manages to reach him before he dies from his wounds, and LaSalle gets airlifted to a nearby hospital. Once there, they immediately send him to surgery. Not everyone is strong enough or lucky enough to survive a gunshot at close range. Christopher LaSalle, however, is a fighter of the highest caliber (no pun intended). He manages to pull through a harrowing surgery, and it seems he’s out of the water. With his team around him, he appears on the mend, but his vitals suddenly crash. Stomach wounds are incredibly complicated and painful, not to mention challenging to repair. He stares into the distance and pronounces his final words just before he departs the show forever.

Naturally, both the characters on NCIS: New Orleans and the fans who watch the show are all in a bad state after that dramatic loss. In keeping with the realistic angle the show aims to portray, an officer loses his life. His reasons were good, his actions were honorable, but in the end, he’s just… gone.

Gone, but Not Forgotten

Fans of the occasionally hilarious LaSalle are livid over his loss. The shock at losing one of the original cast members was a fitting mirror for what happens when a first responder dies in the real world. It’s those moments of complete immersion when NCIS makes us believe we’re right there losing a real person who we know and love, those are what keeps NCIS going after all these years. It’s not the blood, grisly crimes, or even the mystery, but the way actors like Black draw us in and make us believe in them. We’re a little shocked at how visceral the reaction was ourselves.

Black thanked the fans on social media. He called them out for providing love and support to him when he was feeling low. Lucas also gave a shout out to the real first responders, saying he’s learned so much about what they do in his time playing LaSalle. He expressed his pride in being able to represent a positive law enforcement officer. Showing his respect for the people who made LaSalle so popular for six years was a classy move, and we’d have expected nothing less.

We’re genuinely torn here. On the one hand, that was an amazing, heroic death, and we’ll miss LaSalle terribly. Yet, the other side of that coin is that we know why he left, and it’s great news for fans of another franchise. Lucas Black did not ‘just quit,’ NCIS. He left on amicable terms because he couldn’t film in two locations at the same time. What could possibly rip Black away from his beloved NCIS role?

We have two very different answers to this question. The first is his family. Lucas’ wife, Maggie O’Brien, is a lawyer who’s no doubt busy herself, and the couple has three children. Filming a full-time show doesn’t leave a whole lot of time to spend with your wife and children. As a busy family man, we can understand why he needed to take some time to spend with them before his kids are fully grown. Actors are people too, and clearly, he has priorities other than our entertainment at home.

The other reason Black might need to let go of his role in NCIS: New Orleans is to go back and work on a different franchise. He’s said before that working on The Fast and the Furious: Tokyo Drift was the most fun he ever had filming. A few years ago, screen rant reported that Black, as Sean Boswell, the protagonist of Tokyo Drift, would likely be back for the seventh, eighth, and ninth movies in the Fast and Furious series. A teaser scene at the end of the sixth installment and a brief scene in number seven is all we’ve heard in years. However, now that number nine is filming, Lucas Black is suddenly and semi-mysteriously available.

Is Sean Boswell (Black) returning to race on roads around the world and drift his way back into the ‘Furious fans’ good graces? We think that’s precisely what’s going on. Unfortunately, we can’t confirm it… yet. As always, we’ll keep our ears and browsers open for any news about what might be happening. If he returns to the Fast and the Furious, we’ll certainly be watching. Do you think it’s the right move for Black, or would you rather have seen him stay with NCIS? Let us know why in the comments section.